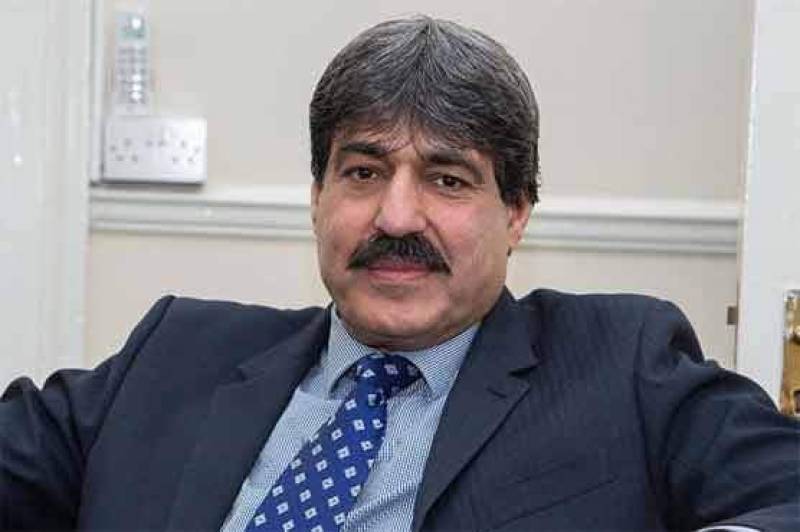 The PML-N leader had sued the New Vision TV, the broadcaster of ARY UK at the London High Court, alleging that he was defamed, maligned and targeted after he secretly filmed the accountability court judge.

ARY’s NVTV had made allegations against Nasir Mehmood Butt after the late judge Arshad Malik’s secret video was released to the media by Maryam Nawaz Sharif at a crowded press conference in Lahore in July 2019. In that video, Nasir Butt filmed the accountability court judge Arshed Malik as saying that he was blackmailed by some powerful people to convict Nawaz Sharif before the 2018 elections.

Judge Arshed Malik also regretted his actions and said he had no choice but to jail Nawaz Sharif because the people blackmailing him had his secret video which was compromising.

ARY and many other TV channels as well as PTI government ministers had attacked Nasir Butt and called him a liar, blackmailer, killer and gangster who was involved with drugs gangs and killings.

Nasir Butt took legal action against ARY, Geo News, Dunya, Hum, Samaa and 92 News in the UK at the High Court. His defamation cases against other channels are ongoing but ARY agreed to apologise and pay damages and legal costs of Nasir Butt before others.

Nasir Butt took defamation action against ARY’s NVTV Channel over news programmes which carried baseless lies by Firdous Ashiq Awan, ‘Sawal Yeh Hai’ programme by Maria Memon in which the anchor called Nasir Butt a “confirmed gangster” and another show in which PTI Minister and MNA Mr Ali Muhammad Khan called Nasir Butt as front man of Nawaz Sharif and Maryam Nawaz and alleged that Nasir Butt had bad reputation and was involved in bad activities.

More than a year after Nasir Butt sued ARY’s NVTV channel in the UK at the London High Court, the channel issued a full apology to Nasir Butt.

The apology to Nasir Butt by ARY group reads: “On 6 July 2019, New Vision television broadcast a number of programmes which contained reports that Mr Nasir Mehmood who is more commonly known as Mr Nasir Butt is a multiple murderer, an organised criminal and important member of a drugs cartel who has fled from justice in Pakistan.

“On 7 July 2019, New Vision television broadcast a programme which contained a report that Mr Nasir Butt is an organised criminal.

“On 14 July 2019, New Vision television broadcast a programme which contained comments from Minister of State for Parliamentary Affairs Mr Ali Muhammad Khan that Mr Nasir Butt had fled from justice in Pakistan.

“Mr Nasir Butt has informed us, and we are prepared to accept, that he is not a multiple murderer, he is not an organised criminal or not a member of a drugs cartel, and he has not fled from justice in Pakistan. We apologise to Mr Nasir Butt for the distress, upset and embarrassment which these broadcasts have caused him. We have agreed to pay Mr Nasir Butt damages for libel and his legal costs.”

Nasir Mehmood Butt, the Senior Vice President of the United Kingdom chapter of the Pakistani Muslim League Nawaz (PMLN), said in a statement he dedicated his defamation case victory to his leader Nawaz Sharif.

Nasir Butt said in a statement issued to media: “I am vindicated at the London High Court. I dedicate my defamation case victory to Nawaz Sharif. Judge Arshad Malik revealed one of the biggest truths of Pakistan’s political history that he was used to target the three times elected prime minister of Pakistan but on orders of the govt, Pakistani media attacked me to suppress the truth. The late judge told me several times, before I filmed him, that he was full of remorse and regret that he jailed an innocent Nawaz Sharif. He asked me to take him to meet Nawaz Sharif where he apologized to Nawaz Sharif and said he had no choice but to convict him because he was shown a compromising video by some powerful people who told him to make a decision against Nawaz Sharif or the video will be released.

Judge Arshad Malik said he was clear that Nawaz Sharif has not done any kind of corruption but Nawaz Sharif was targeted to rig 2018 elections and to throw him in jail to facilitate a new political order. I am thankful to Almighty Allah that even in UK courts Nawaz Sharif’s honour and integrity stand cleared. The PTI government, especially Shehzad Akbar, used FIA and the police against my family, chained my family members and treated them like terrorists and offered us to stop supporting Nawaz Sharif but we told them we will stand with Nawaz Sharif forever. I have firm belief that these characters will face justice for their crimes against Pakistan. My claim against other TV channels continues.”

ISLAMABAD – A former accountability court judge has died in the federal capital, his family confirmed on ...