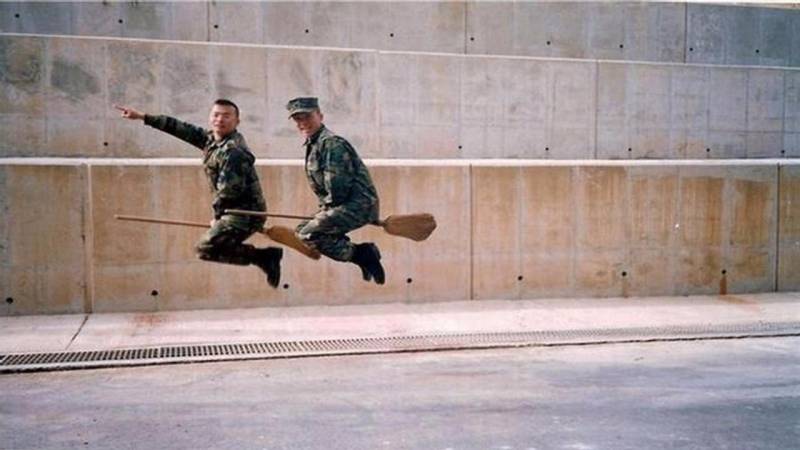 LAHORE - Indian government, by blaming Pakistan without evidence and whipping up war hysteria had run itself into a dead end where the population was now demanding strict action against Pakistan. Whereas the ground reality was that Indian army was ill prepared for war, had no evidence against Pakistan, and war would have destroyed Modi government's economic gains.

The Indian army has come up with a brilliant way out of this dead end: placate the people by conducting imaginary 'surgical strikes' that will give a warm, fuzzy feeling to the hearts of extremist Hindus calling for war. Therefore, the Indian DGMO on Thursday claimed that special services commandos conducted a surgical across the Line of Control (LoC) in Azad Kashmir.

At a press conference, Lt-General Ranbir Singh also bragged to have informed his Pakistani counterpart about the strike, however, Pakistan Army's media wing categorically denied the surgical and any contact with Indian DGMO.

It would be really interesting to know with whom had the Indian DGMO really talked to, if not Pakistani Director General Military Operations and describe a ceasefire violation as a surgical strike.

Singh's statement that "India doesn't want to conduct any more surgical strike like this in Pakistan in future" is also amazing, and seems to be telling the Indians: "For God's sake take this ceasefire violation as a 'surgical strike', as we are unable to do anything else in reality."

Revealing the details of the adventurous surgical strike, which according to him took place some 3km inside Pakistan, he claimed that Indian commandos destroyed the launch pads of the terrorists who were ready to infiltrate into Indian-Occupied Kashmir. Launch pads, seriously? Did Indian commandos who were brave enough to cross into Pakistan really killed some humans or terrorist helicopters?

In all seriousness, this correspondent has failed to decipher what 'terrorist launch pads' are, or when Pakistan developed this technology to create such an architectural and military marvel.

Summing up it all, Indian government had created a hype since the Uri attack in Occupied Kashmir as if they would really attack Pakistan, and now to satisfy the demands of Indian jingoists they have claimed to have conducted a surgical strike in Pakistan. Hilarious as it is, they seem to have failed in conducting an imaginary strike even, doing it in such an obviously fake manner.

Pakistani, on the other hands are torn between being baffled at Indian naivete and being amused.