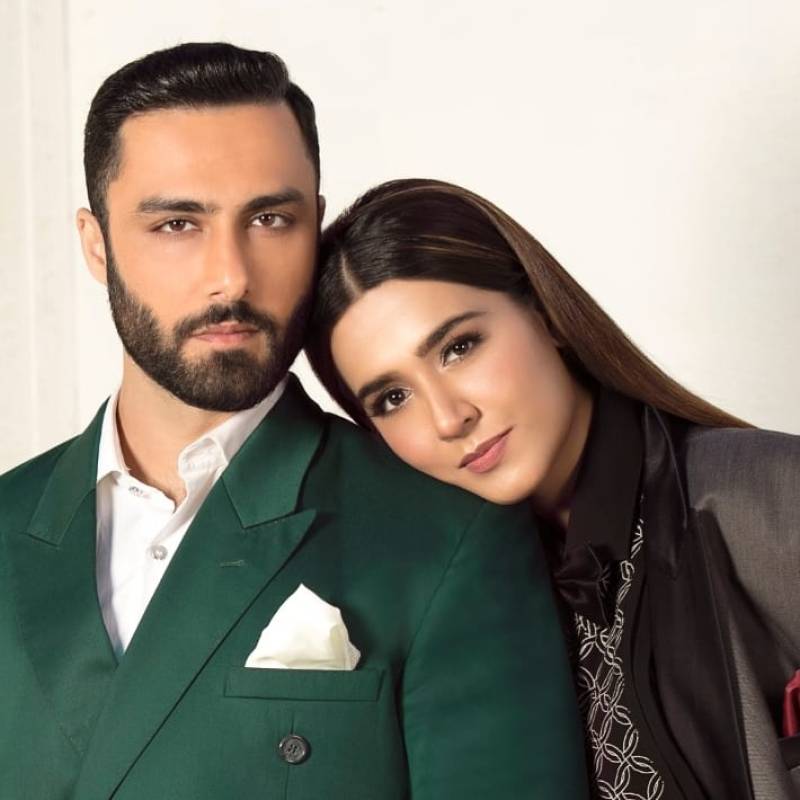 Pakistani star Ahmed Ali Akbar has proved to be a torchbearer for the future artist who aspires to be in the world of glitz and glamour.

Garnering widespread applause for his spectacular performance in the drama serial Parizaad, Akbar has been making waves in showbiz and has managed to amass ample praises for himself.

On his birthday, a throwback video of him and Mansha Pasha has surfaced on social media that has left fans gushing.

Shaking a leg with his Laal Kabootar co-star, the 35-year-old's fun-filled video was posted by the entertainment portal Galaxy Lollywood.

Turning to his Instagram handle, the Ehd e Wafa star expressed his gratitude and thanked his team and massive fan following for the love and best wishes.

"Thank you for the love guys! Thank you Asad and the team for the wonderful cake. And thank you Hassan for the amazing gift that you made yourself. God Bless You all. We're an amazing team"

On the work front, the audience continues to heap praises of Ahmed Ali Akbar's flawless portrayal in the much-loved drama serial Parizaad.

Laal Kabootar made it to the Washington DC South Asian Film Festival and this time, it’s the lead actor ...