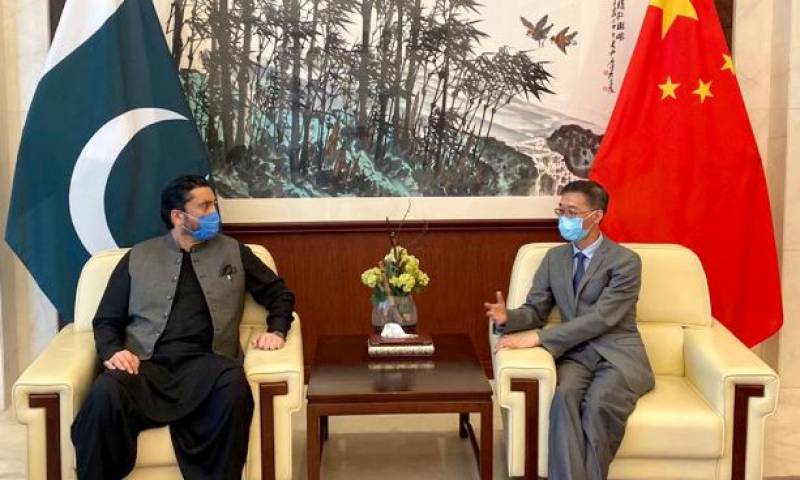 BEIJING – China has donated 1500 food packs for the Afghan refugees trapped in various camps in Pakistan due to lockdown situation amid coronavirus pandemic.

The donation was given by Chinese Ambassador to Pakistan Yao Jing, who met Minister of State for SAFRON and Narcotics Shehryar Afridi in Islamabad on Thursday.

The donation was made on the request Shehryar Afridi, who has written letters to the United Nations and diplomatic missions based in federal capital, urging the prosperous world and the donors to help assist the Afghan refugees trapped in the lockdown situation.

Speaking on the occasion, the Chinese ambassador lauded the regional and global peace initiatives taken by Prime Minister Imran Khan.  He said that Pakistan's role in helping out the Afghan refugees would long be remembered.

He said that Pakistan is not only generously hosting millions of Afghans over the past four decades, but also was playing a key role in bringing peace and normalcy to war-torn Afghanistan. He said due to Pakistan's leading role, Afghan peace process is making progress, which would shape future of the Afghan nation.

SAFRON Minister Shehryar Afridi said that China has always been helping out the suffering humanity.

He said the way China has helped WHO and other significant global initiatives is model for the world. China, Pakistan friendship has become a classic example of good neighborhood and friendship. The way China fought COVID-19 is exemplary for the whole world," he added.