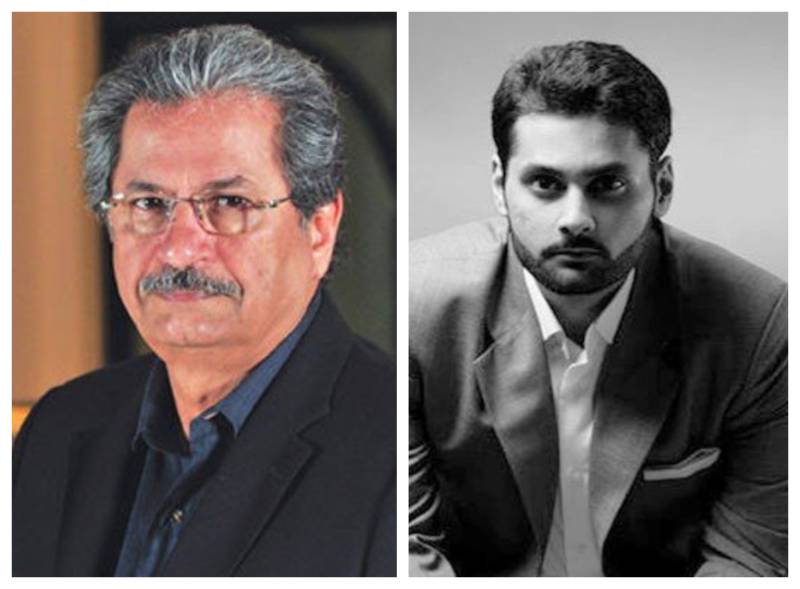 As the third wave of the deadly virus hits Pakistan in full swing, the debate of cancelling exams has ignited the curiosity of anyone and everyone who is directly or indirectly linked with the following concern.

Jibran has never shied away from confrontation or vocalizing for the causes he staunchly believes in and this time he made sure to advocate the students in the exam debate. It won't be erroneous to say that the 'cancelexams' rants did not sit well with the education minister since he blocked Jibran.

However, the blocking news was not welcomed by the activist either who announced that despite making no personal remarks, the minister chose to block him out for the legitimate concerns he was raising.

"Seems like Shafqat Mahmood wants to live in his bubble where he is always right and doesn't want anyone bursting it with truth about his performance. I didn't abuse or made any personal remark, he blocked me for only raising students concerns and demanding resignation," he posted. 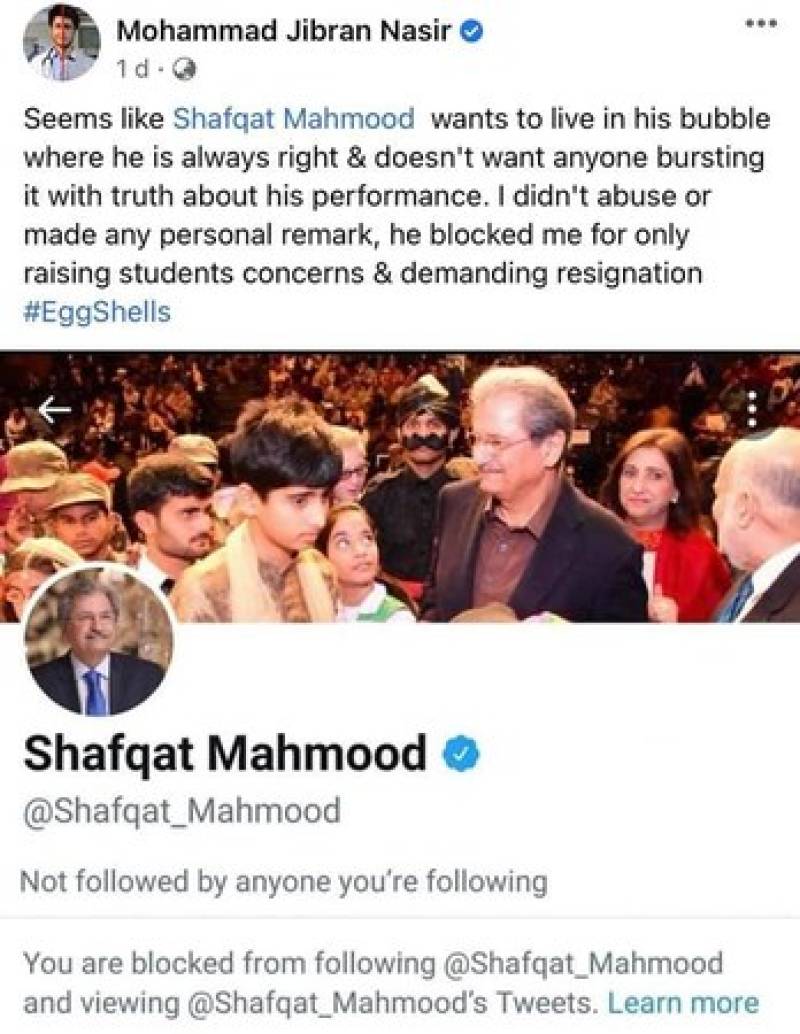 Amid a surge in coronavirus cases and deaths, Mahmood announced on April 27 that O and A level exams had been postponed till Oct-Nov with the only exception being A2 students "who have a compulsion to take [the] exam now".

In a series of tweets, Nasir called out the minister for his "incompetence", determined to safeguard the lives of thousands of students.

Nasir reminded students how they weren't given the option to get school assessed grades for their Cambridge examinations since Mahmood refused to cancel examinations like other countries did putting students under unnecessary pressure.

Yes they should but the responsibility and is of @shafqat_mahmood. It is like he literally ran away from the pressure by giving a half baked solution which has created this mess. I am sure the Schools are sympathetic towards A2s and I implore them to explore all possibilities. https://t.co/9TYIy7VNyB

You @shafqat_mahmood couldn't careless about future & careers of 1000s of our students & left them under more stress & mess with shortsighted ill informed policies. If you wont talk to #Cambridge for #SAGs & be a leader for a change then our Schools will unite to do it themselves

Amid the chaos, Mahmood stated that activists were jumping in on the cause for "cheap publicity," calling the pictures of cramped examination halls fake.

"Some nobodies who have jumped into this situation for cheap publicity are going so far as to distribute fake pictures of examination halls. Their attempt to spread confusion has failed and will continue to fail because they are not interested in students but self projection," he had said.

Some nobodies who have jumped into this situation for cheap publicity are going so far as to distribute fake pictures of examination halls. Their attempt to spread confusion has failed and will continue to fail because they are not interested in students but self projection

Later, students confirmed they gave their examinations in terrible conditions.