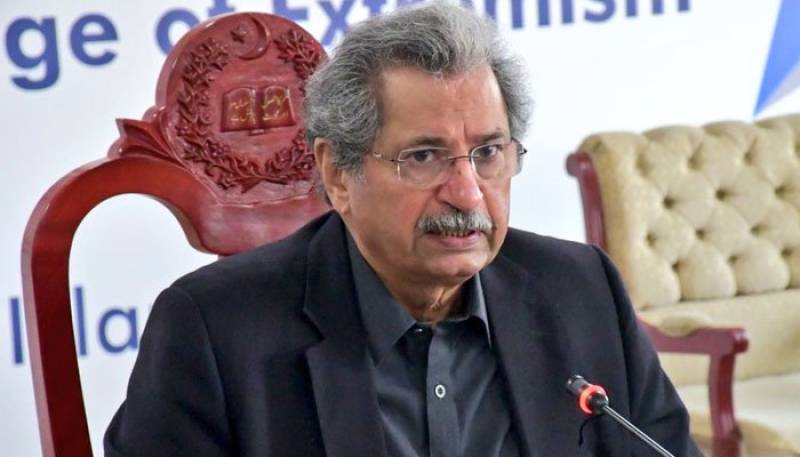 LAHORE – Federal Education Minister Shafqat Mehmood once again rose to the top on Pakistan's list of Twitter trends as students along with activists demand the resignation of PTI leader for mishandling Cambridge exams amid the third wave of novel disease.

Many social activists and journalists also joined the bandwagon with agitating students and roasted Mehmood for conducting the CAIE examination in a haphazard manner.

Some of the users also posted tweets with the hashtag #ResignShafqatMahmood as they seek grades on the basis of teachers’ assessment and exam cancellation.

Here’s how students and activists reacted to the current situation.

Education Minister #ShafqatMahmood has messed up big time and played with the future of #Pakistani students aspiring to get admissions in best international universities. Ego of a Babu playing with future of students. @RanaAmir@etribune pic.twitter.com/KsBQgOcNXe

Any Govt Minister giving excuses that #SchoolAssessedGrades are not preferred because last year Predicted Grades caused controversy should (i) start with learning difference between "assessed" and "predicted" and (ii) read #Cambridge's own policy on how SAGs are different/better pic.twitter.com/mPVkZ9bzcy

Why not teachers assessed grades? Except from UK and subcontinent there is no concept of exam anymore. School assessed grading is a norm in North America. It’s not a short cut towards success https://t.co/1Xzlrp08Xs

I am extremely upset at this point. @Shafqat_Mahmood is being totally inconsiderate and must be sacked for what he has done.#ShafqatDestroysOurCareers#Resignshafqatmahmood https://t.co/Po0USdiAQH

#ShafqatDestroysOurCareer. I think these guys are the real culprits behind this decision.we should not blame @Shafqat_Mahmood for everything.I think that these provincial educational ministers are the main characters in making of this decision pic.twitter.com/u7wTYQ0INo

On Tuesday, students who have had a love-hate relationship with the education minister flooded Twitter after the announcement of exams being postponed in view of a third coronavirus wave.