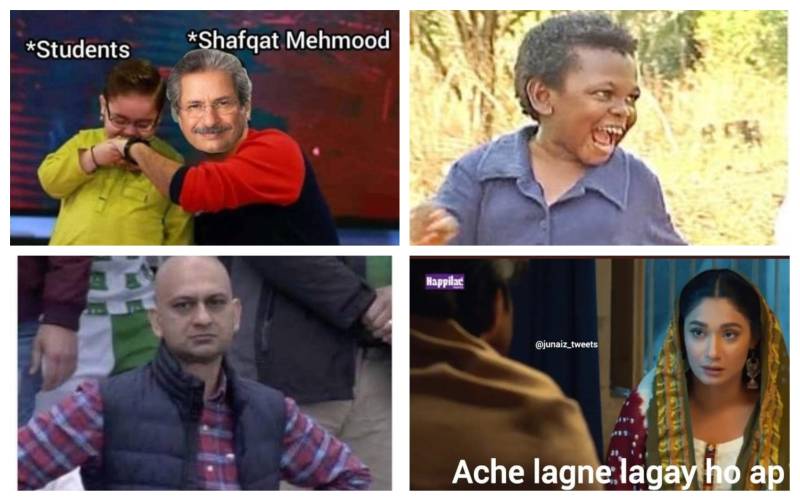 ISLAMABAD – Soon after Federal Education Minister Shafqat Mehmood announced postponement of exams, students took to Twitter to post hilarious memes and they will leave you laughing.

They are much excited to share their emotions on the micro-blogging site that Shafqat Mehmood has become a trend on it. Here are some selected memes;

Shafqat Mehmood : no exams will be conducted till 15 june.
Le students to Shafqat jani :#ShafqatMehmood pic.twitter.com/Jk5Oel5OLW

Earlier today, the minister addressing a press conference said: "Exams of 9, 10, 11 and 12 which were supposed to begin from late May have been postponed further," adding that no board exams will be held till mid-June.

He added that the NCOC will hold a meeting to discuss about holding the exams in third week of May.

Talking about Cambridge exams, he said that O and A level exams will now be held in October and November cycle. However, the students, who want to take A2 exams, will be facilitated.

ISLAMABAD – At least 142 people lost their lives due to the third wave of the novel coronavirus infection while ...