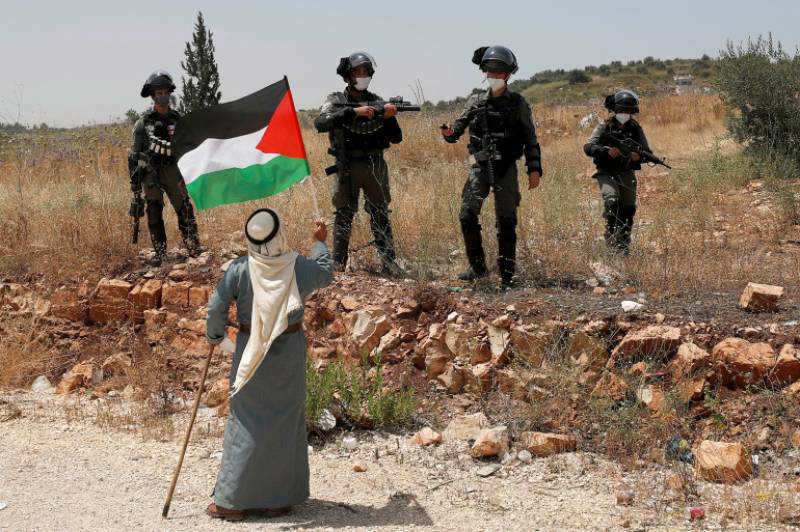 A New York-based human rights watchdog has revealed that Israel is involved in pursuing policies of apartheid and persecution against Palestinians - and against its own Arab minority.

Human Rights Watch published a 213-page report, which, it said, does not set out to compare Israel with South Africa under apartheid or to determine whether Israel is an “apartheid state”—a concept that is not defined in international law.

“Rather, the report assesses whether specific acts and policies carried out by Israeli authorities today amount in particular areas to the crimes of apartheid and persecution as defined under international law,” it added.

About 6.8 million Jewish Israelis and 6.8 million Palestinians live today between the Mediterranean Sea and Jordan River, an area encompassing Israel and the Occupied Palestinian Territory (OPT), the latter made up of the West Bank, including East Jerusalem, and the Gaza Strip.

Throughout most of this area, Israel is the sole governing power; in the remainder, it exercises primary authority alongside limited Palestinian self-rule.

Across these areas and in most aspects of life, Israeli authorities methodically privilege Jewish Israelis and discriminate against Palestinians.

"In pursuit of this goal, authorities have dispossessed, confined, forcibly separated, and subjugated Palestinians by virtue of their identity to varying degrees of intensity. In certain areas... these deprivations are so severe that they amount to the crimes against humanity of apartheid and persecution."

The watchdog said that the ICC's chief prosecutor should probe and prosecute those credibly involved in the crimes of apartheid and persecution.

It also urges the international community to re-evaluate its ties with Israel and to establish a United Nations commission of inquiry to probe these crimes.

The Apartheid Convention defines the crime against humanity of apartheid as “inhuman acts committed for the purpose of establishing and maintaining domination by one racial group of persons over any other racial group of persons and systematically oppressing them.” The Rome Statute of the ICC adopts a similar definition: “inhumane acts… committed in the context of an institutionalized regime of systematic oppression and domination by one racial group over any other racial group or groups and committed with the intention of maintaining that regime.” The Rome Statute does not further define what constitutes an “institutionalized regime.”

TEL AVIV – A former Israeli soldier suffering from psychological distress since the 2014 Gaza war set himself on ...