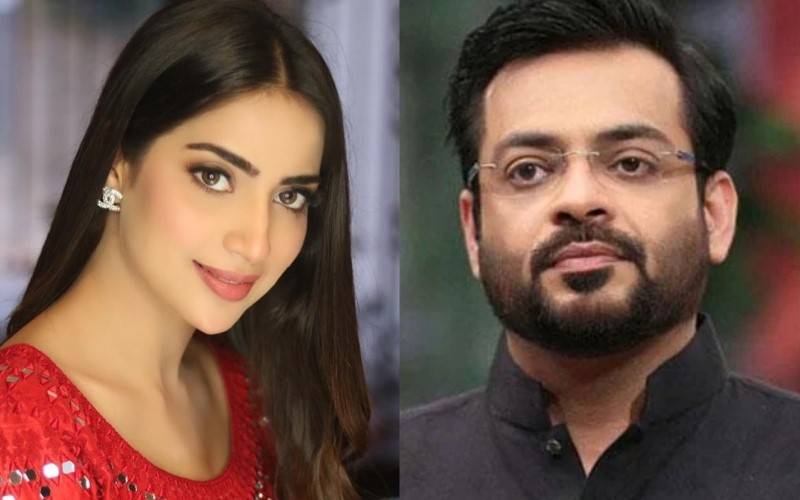 Saboor Aly never shies away from confrontations and her latest interaction with Dr Aamir Liaquat is proof of her fiery persona.

During the show, Aly refused to have Liaquat’s antics and she refused to take the religious scholar's bait as he showered her with unwanted attention and compliments.

The Naqab Zan star took Aamir’s flattery a bit too cynically and she boldly told him, ”I want you to look at me with restraint, there should be shame and modesty in your eyes when you look at me.”

Aamir Liaquat is popular for giving extraordinary attention to his female guests and Saboor was no exception but the actress got super annoyed by his antics.

Despite Aly rebuffing Amir's compliments, Liaquat didn’t have a look at Saboor during the rest of the show but continued to annoy her.

On the other hand, Saboor made sure to make him realize that she was quite uncomfortable on the show.

At one point, she advised him to ask for Tauba (forgiveness) - "in fact you should 'recite' Tuba Tuba" -referring to his second wife.

Meme brigade has sprung back into action as Dr Aamir Liaquat strikes again with his singing skills. Leaving no stones ...