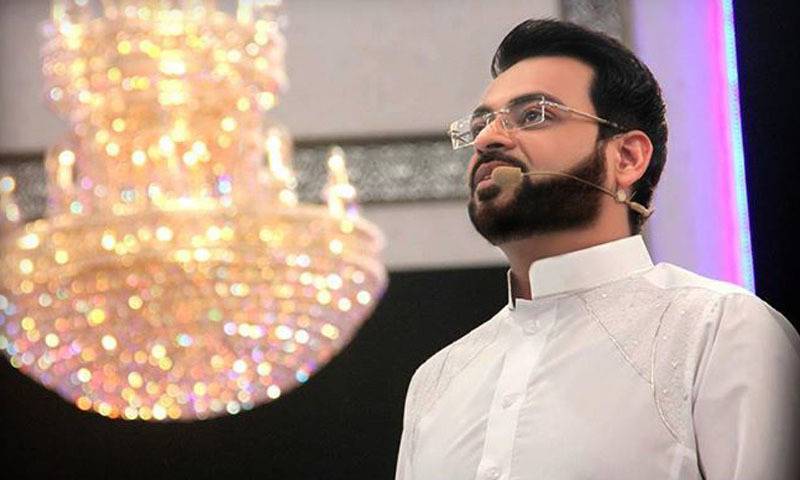 Meme brigade has sprung back into action as Dr Aamir Liaquat strikes again with his singing skills. Leaving no stones unturned, the 48-year-old media personality has this time left the Internet into a frenzy as he croons the song  ‘Laila o Laila’ on the sets of Ramadan transmission.

This comes shortly after giving the world a glimpse of his dancing skills with his infamous Nagin Dance and third marriage rumours making rounds on the Internet.

The television show host’s singing skills have come into the spotlight after a video of him humming Laila O Laila on the sets of his Ramzan transmission was leaked on social media.

A behind-the-scenes video has spread like wildfire on social media as he sings the superhit Bollywood song as actor Ali Ansari play the music.

Turning to his Instagram handle, Ansari wrote, "Here's to 500k Still got my drumming skills.Vibin' with Amir Liaqat"

Here is how the netizens are reacting to the viral video

Someone recorded معروف عالم دین and PTI MNA @AamirLiaquat behind the scenes at his Ramzan transmission and I must say he only gets ummm better? pic.twitter.com/Fuzkqpn9jt

This is pakistan so called ramzan transmission host 🙃 https://t.co/i7axrEDECG

Earlier,  Dr Aamir Liaquat Hussain cleared the air about his third marriage allegations where he specifically states that Tuba Amir is his only wife despite what people think.

Dr Aamir Liaquat Hussain has been trending all over the Internet ever since the Ramzan Transmission 2021 started. From ...