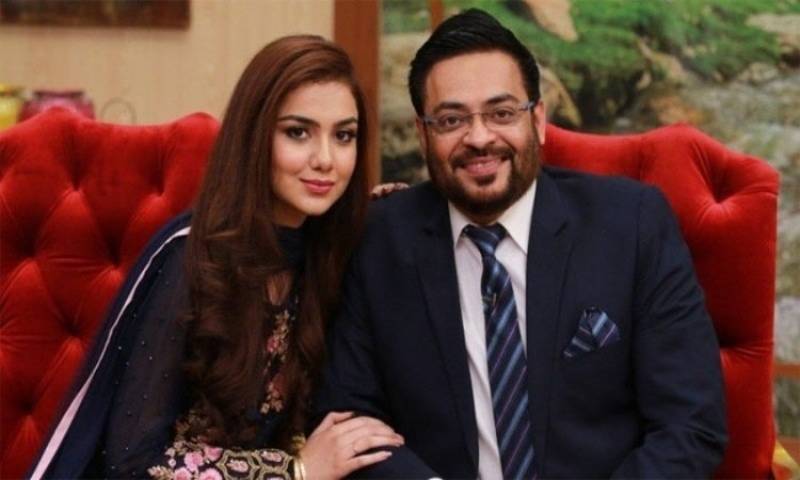 Dr Aamir Liaquat Hussain has been trending all over the Internet ever since the Ramzan Transmission 2021 started. From the bizarre act of taking a terrible fall during a race in Ramadan show to his notorious Naagin dance, the 48-year-old is back in the limelight.

Rumours have been rife that he has married for the third time. The third wife made some eyebrow-raising revelations that left the entire Internet talking. Moreover, she even provided proofs like a lot of pictures, messages and leaked voice notes. Further, the alleged wife Haniya also claimed that she had tried to commit suicide.

Defending himself against the accusations, Dr Aamir Liaquat Hussain cleared the air about his third marriage allegations where he specifically states that Bharaas star Tuba Amir is his only wife despite what people think.

Further, he went on to say, ” Everyone hates talkative women, but no one marries a deaf-mute woman, people speak a lot, like you all, and according to you people I am married twice, thrice and many times but my marriage is only with Tuba, she is my only wife”

Moreover, the religious scholar also narrated a verse which meant he’s the one who only cries in front of Allah and has started studying himself and he also gave a message through verse.

The fiasco stems from actress Haniya Khan claiming that she is the third wife of Aamir Liaquat. Hailing from Islamabad, she framed allegations on the host and his second wife Tuba Aamir in a video message shared on social media. Further, she accused Tuba Aamir used ‘black magic’ against her.

Earlier in 2018, Hussain tied the knot with a young co-worker from a private news network.