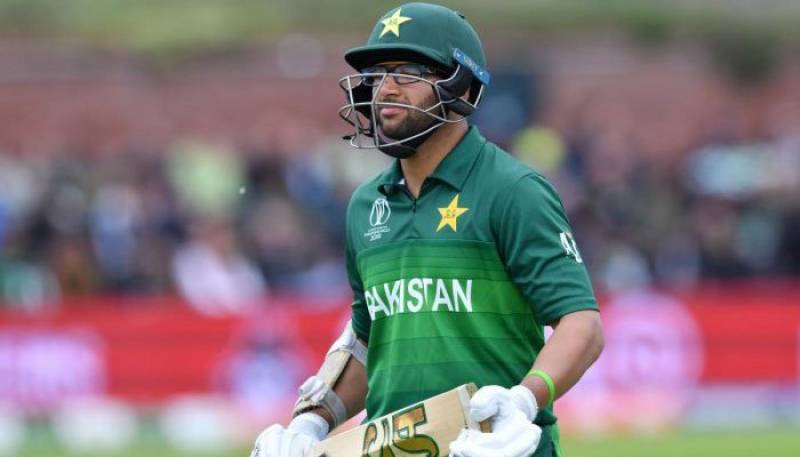 LAHORE -  Pakistani cricketer Imam-ul-Haq has landed himself in trouble after a Twitter user '@LalaLoyalist' had accused him of having multiple affairs.

The user leaked the Pakistan opener's social media chats with several girls, also alleging that the cricketer cheated on them. "So apparently Mr. @ImamUlHaq12 was dating 7 to 8 (that we know of) women and kept using them and manipulating them. He kept telling them the whole time how he's single. Some of the screenshots attached from girl 1," wrote the Twitter user along attaching screenshots of the cricketer's alleged chat.

So apparently Mr. @ImamUlHaq12 was dating 7 to 8 (that we know of) women and kept using them and manipulating them. He kept telling them the whole time how he’s single. Some of the screenshots attached from girl 1: pic.twitter.com/UzIl98ryAw

Aman had shared the screenshots of WhatsApp chats in a series of tweets, here are the remaining tweets:

Girl number 4:
We don’t know her identity but she came up to one of the girls on Instagram: @ImamUlHaq12 @Inzamam08 @TalhaAisham #MeToo pic.twitter.com/nhp5nDHBsH

Mix reactions were being seen on social media regarding this case, Let's go through some of the reactions by Twitterati:

What is the issue here? They are BOTH involved in sexting. Its obviously not a one way thing. She instilled the convo

He should be punished not only for molestation but also for poor use of English words especially spellings.

This ain't called harassment at all.
These girls were totally involved as same as imam ul Haq in it... 😝

Its anything but harasment. Stop using this

Imam Ul Haq has yet to give his words on the cheating allegations by the unknown girls.

On the other hand, PCB Director Media Sami ul Hasan stated that PCB will refrain from issuing any statement on Imam’s private matter.

“This is a personal matter of ImamUl Haq and the PCB will not make any comment on this,” said Burney.

In 2017, Imam made his debut for Pakistan in a one-day international (ODI) against Sri Lanka in Abu Dhabi — where he scored a century. The left-handed batsman has featured in 10 Tests, 36 ODIs and a solitary Twenty20 International (T20I) match for Pakistan, over the course of his career.