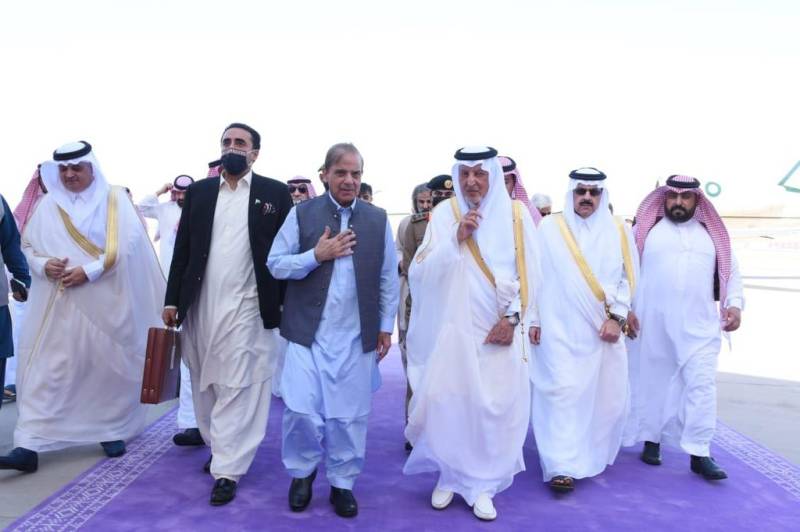 RIYADH – Prime Minister Shehbaz Sharif is scheduled to visit United Arab Emirates today after he concludes his first official visit to the Kingdom of Saudi Arabia.

Both sides would discuss the bilateral ties between Pakistan and Gulf nation while other issues of mutual interest will also be discussed.

Sharif also performed Umrah after he arrived in Islam’s holiest city during his first foreign trip since taking office. The newly-elected premier of the South Asian country visited Saudi Arabia on the invitation of King Salman and Crown Prince Mohammed bin Salman.

RIYADH – Prime Minister Shehbaz Sharif has performed Umrah on Saturday after he arrived in Islam’s holiest ...

Pakistan has deep-rooted ties with Saudi Arabia, and the UAE with a considerable amount of its nationals living and working in Gulf countries.