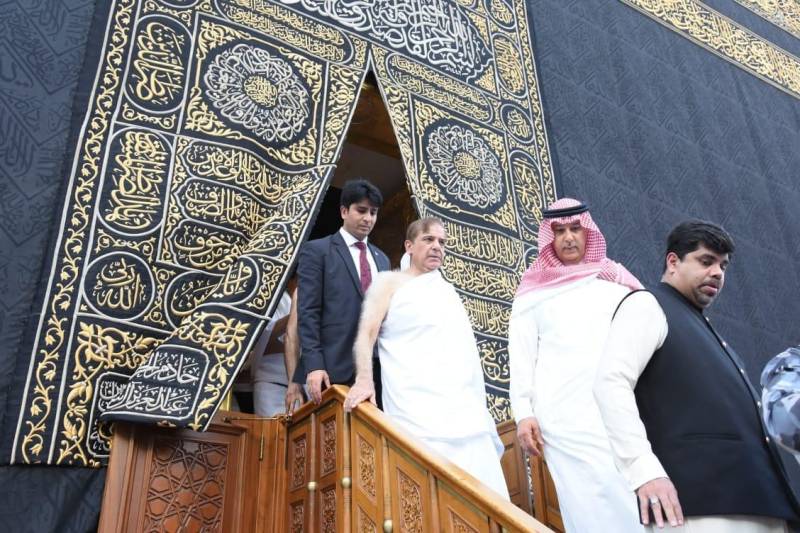 RIYADH – Prime Minister Shehbaz Sharif has performed Umrah on Saturday after he arrived in Islam’s holiest city during his first foreign trip since taking office.

Reports in local media said Suleman Shehbaz, and other members of the Pakistani delegation also accompanied him.

Doors of Khana-e-Kaba were specially opened for the prime minister who prayed for the security, development, prosperity of the nation, and the Ummah. He did the twa'af and kissed the stone of Hajr-e-Aswad during the pilgrimage.

On his arrival at the royal palace, Prime Minister Shehbaz Sharif was received by Crown Prince Mohammed bin Salman ahead of their meeting. He was presented guard of honour.