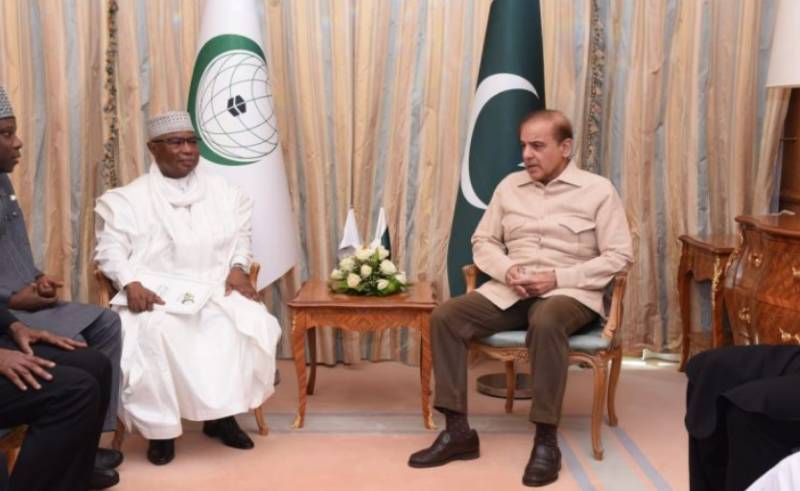 Sharif stressed that Israeli forces must not be allowed to divide the third holiest site of Islam. He called on the top Muslim bloc as Israeli forces continued killing Palestinians in West Bank during the holy month of Ramadan.

PM maintained that promoting the interests of the Muslim community was a cornerstone of Pakistan’s foreign policy. As the current chair of the OIC Council of Foreign Ministers, Pakistan was looking forward to playing a proactive role in matters of interest and concern to the organization’s member states.

Meanwhile, OIC Secretary also pledged to work closely with Islamabad on key issues of concern to the Muslim community, especially Palestine, Afghanistan, and Islamophobia. Brahim also reiterated OIC’s support for a peaceful resolution of the Kashmir dispute in accordance with the UN Security Council resolutions.

According to the Palestinian Red Crescent, at least 42 people had been injured on Friday morning at the compound amid the latest unrest, which came on the final Friday of Ramadan.

ISLAMABAD – Pakistan has denounced the Israeli action against Palestinian worshippers at Al-Aqsa mosque in East ...

The recent aggression was started as Israel authorised new settlement construction in the illegally occupied West Bank city of Hebron.