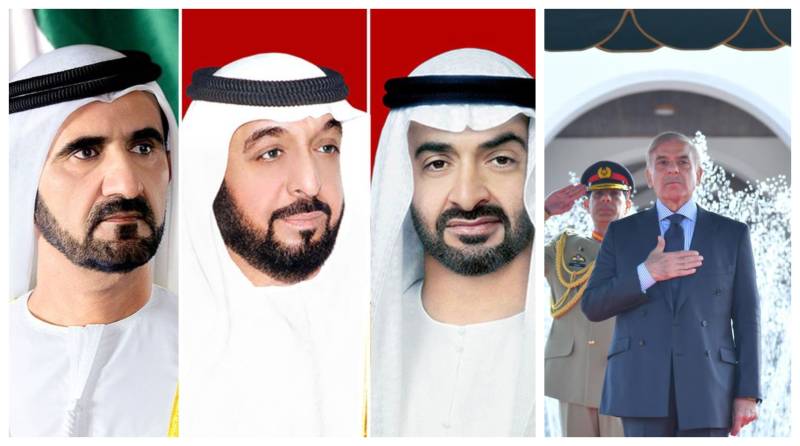 ISLAMABAD – Political and military leaders of the United Arab Emirates (UAE) felicitated Shehbaz Sharif on his election as new prime minister of Pakistan.

Sharif, the brother of former prime minister Nawaz Sharif, was elected by the National Assembly on Monday after Imran Khan was ousted from his office through a no-trust vote on Sunday.

In his inaugural speech, Shehbaz Sharif had vowed to deepened relations with the Gulf country in all domains.

ISLAMABAD – The newly-elected Prime Minister and PML-N leader Shehbaz Sharif took the oath of his office at ...