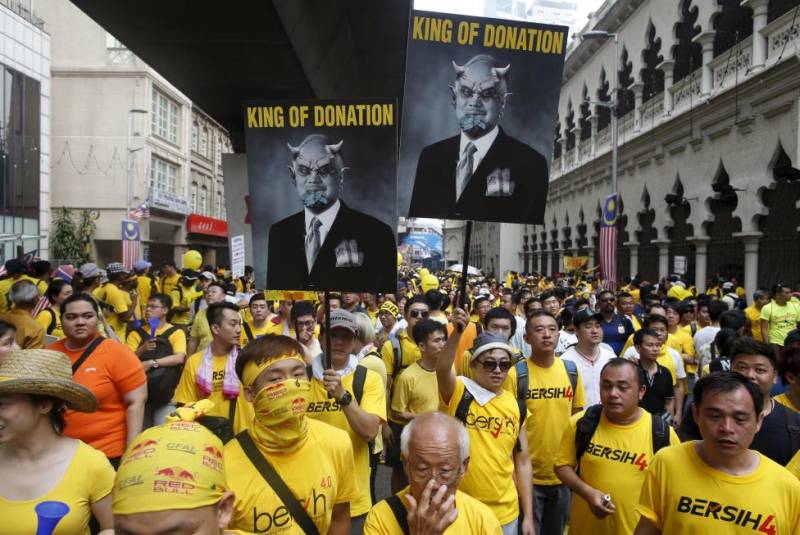 KUALA LUMPUR (Web Desk) - Thousands of Malaysians have taken to Kuala Lumpur's streets for a second day to call on Prime Minister Najib Razak to quit over a financial scandal.

The government was quick to condemn the weekend-long rallies, calling them illegal and blocking the website of the organisers, a coalition of non-governmental organisations.

This is the fourth demonstration by Bersih, which means “clean” in Malay, and is expected to be the largest. 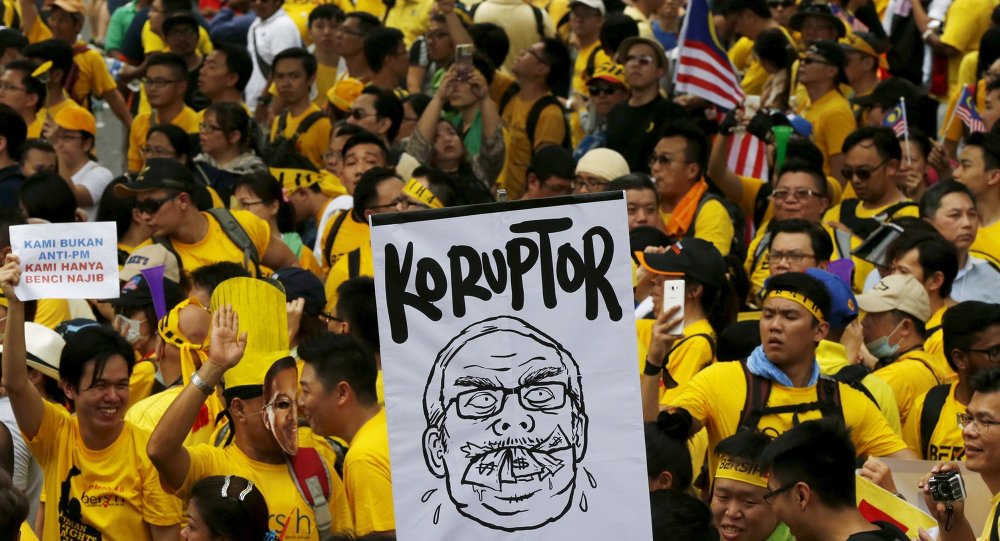 It is scheduled to last 34 hours from Saturday through to Sunday, to protest about what the group calls “one of the greatest multi-billion dollar corruption scandals in Malaysia’s history and the government’s most oppressive crackdowns on free speech”.

On Saturday, crowds were undeterred by a heavy presence of police, who had called the protests illegal.

Protesters are angered by a $700m (£455m) payment made to Mr Najib's bank account from unnamed foreign donors. 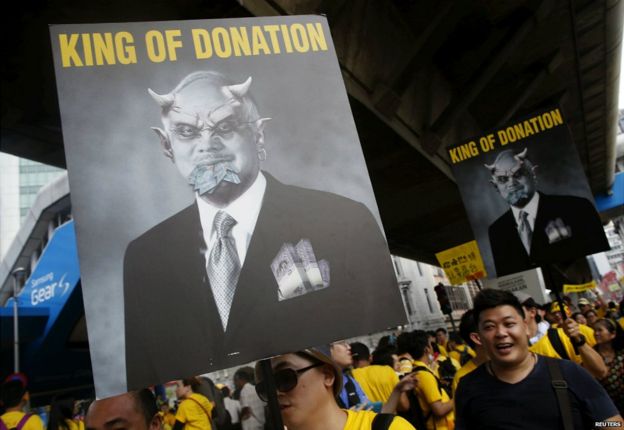 He has denied any wrongdoing, saying protesters were tarnishing Malaysia's image.

Police estimated 25,000 people participated in Saturday's demonstration, while Bersih - the pro-democracy group behind the rally - said 200,000 took part at the peak. 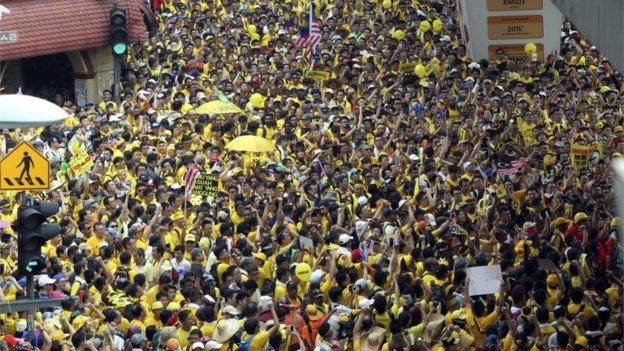 Former Prime Minister Mahathir Mohamad made a surprise appearance late on Saturday, telling the cheering protesters to "carry on". He has backed calls for Mr Najib to quit. 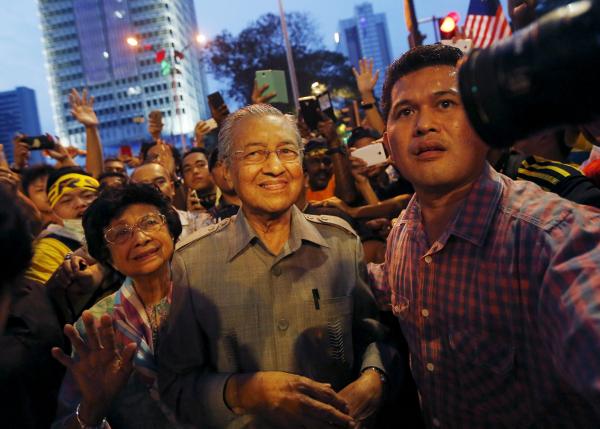 The crowd thinned in the evening, but many slept out on the street in readiness for the second day, the BBC reported.

The rally was scheduled to last until midnight on Sunday.

"Those who wear this yellow attire... want to discredit our good name, scribble black coal on Malaysia's face to the outside world,'' national news agency Bernama quoted Mr Najib as saying. 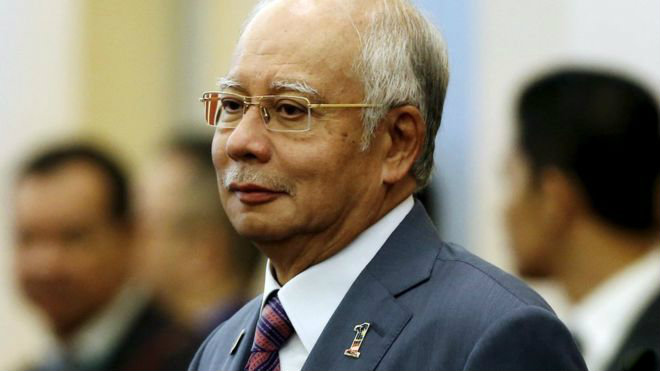 The main accusation against the prime minister is that he took $700m from the indebted 1MDB state investment fund, which he established in 2009 to try to turn Kuala Lumpur into a financial hub.

Cabinet ministers have said the money transfers were "political donations" from unidentified Middle Eastern sources, and that there was nothing improper. No further details have been given.