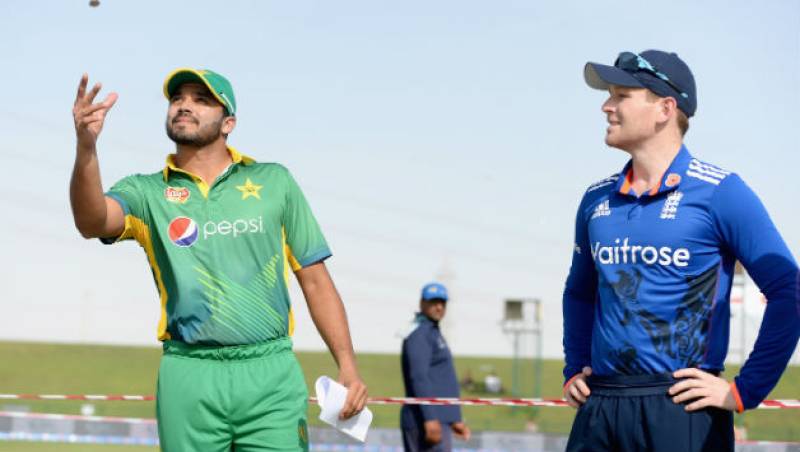 NOTTINGHAM (Staff Report) - After a brilliant performance with the bat, England have outclassed Pakistan with the bowl also to consider the third One Day International (ODI) of a five-match series by 169 runs at Trent Bridge, Nottingham.

England has made the record highest total ever in the history of One Day International Cricket by scoring 444, beating the previous highest score of 443 by Sri Lanka against the Netherlands in 2006.

Hales was helped by Joe Root, who added 85 runs in a 248-run second wicket partnership. Joe Root provided all the support Hales needed to become the England batsman with highest individual score in an ODI innings.

Earlier, England won the toss and decided to bat first against Pakistan in the third of five-match ODI series at Trent Bridge in Nottingham on Tuesday.

The hosts are leading the five-match ODI series with 2-0. England beat Pakistan in first game by 44 runs under the Duckworth/Lewis and by four wickets in the second ODI. The remaining two matches will take place on September 1 and September 4.

The ODI series will be followed by a T20 match between Pakistan and England. The limited-over game will be played on September 7.