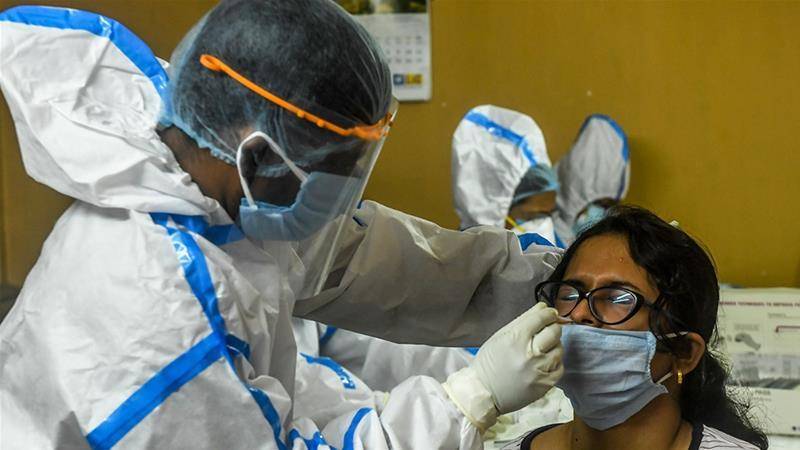 DELHI - India on Sunday reported a new virus record when it counted 78,761 new infections in 24 hours, according to health ministry figures, passing the United States for the world’s highest single-day rise.

India, home to 1.3 billion people, is already the world’s third-most infected nation with more than 3.5 million cases, behind the US and Brazil.

India’s grim milestone came a day after the government further eased its coronavirus lockdown, in place since late March, to boost the struggling economy.

Millions have lost their jobs since the start of the lockdown, with the poor particularly hard hit.

The Home Affairs Ministry said gatherings of up to 100 people would be allowed with face masks and social distancing at cultural, entertainment, sports, and political events from next month.

Metro train services would also resume “in a graded manner” in major cities.

The coronavirus has badly hit megacities such as financial hub Mumbai and the capital New Delhi but is now also surging in smaller cities and rural areas.

Schools remain closed but students can meet teachers on a voluntary basis on school premises if needed, according to the new guidelines.