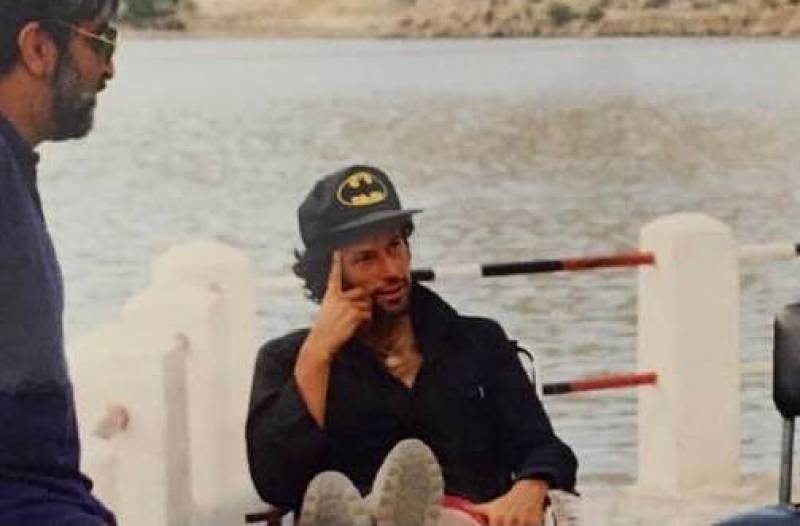 ISLAMABAD – Prime Minister Imran Khan is not shy away from sharing his own old pictures as recently the premier shared a 32-year-old photo in which he can be seen wearing a cap with a 1992 batman's logo.

Khan has left his admirers mesmerized with a cap with batman's logo while many social media users and his fans started assuming him as a fan of an infamous comic book character.

The 68-year-old year shared the snap to woo his followers where he posed while sitting alongside the bank of a river in Skardu - a picturesque city located in the Gilgit−Baltistan region situated at an elevation of nearly 2,500m.“Skardu 1989,” Khan captioned the post.

Meanwhile, the picture amused followers to express how cool the cricketer turned politician looked in the black cap. Khan's massive fan following flocked to the comments section as they expressed their admiration and the post generated over 130,000 likes besides thousands of comments in a day.

Khan is the most-followed politician on social media in Pakistan, amassing 5.4 million followers only on Instagram.

Earlier, the verified handle of PM shared a snap from a fun-filled trip to Kohistan District, back in 2017.