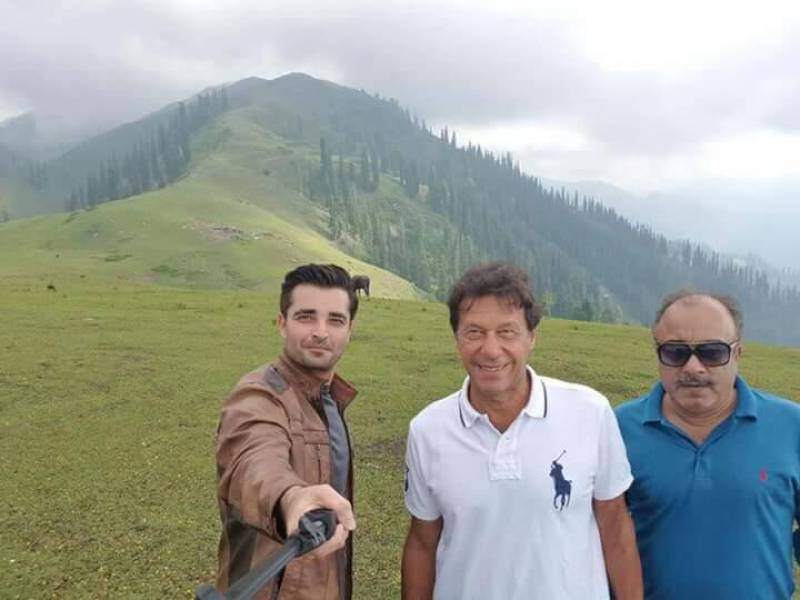 ISLAMABAD – Prime Minister Imran Khan, who advocated sightseeing tourism in Pakistan, has recently shared a throwback picture of himself from a vacation and the internet is floored.

In his post, the premier shared a snap in which he can be seen sitting in the meadows of Kohistan – a picturesque region within Khyber Pakhtunkhwa Province.

As the PTI leader posed in the black jacket for a picture, a number of people can also be seen sitting beside him while others stand to take photos with him.

Meanwhile, in a matter of hours, the picture garnered over 160,000 likes and thousands of comments.

Imran Khan is one of the most-followed politicians on social media in the South Asian region and he has amassed 5.4 million followers on Instagram, 11 million on Facebook, and 14.2 million on microblogging platform Twitter.

Earlier, a rare picture of Khan went viral on social media in which he was spotted with his two sons, Kasim and Suleman, in Pakistan’s northern tourist spot, Skardu.

The picture caught the attention of social media users and PTI members. The fans outpoured love and warmth on the heartwarming image.