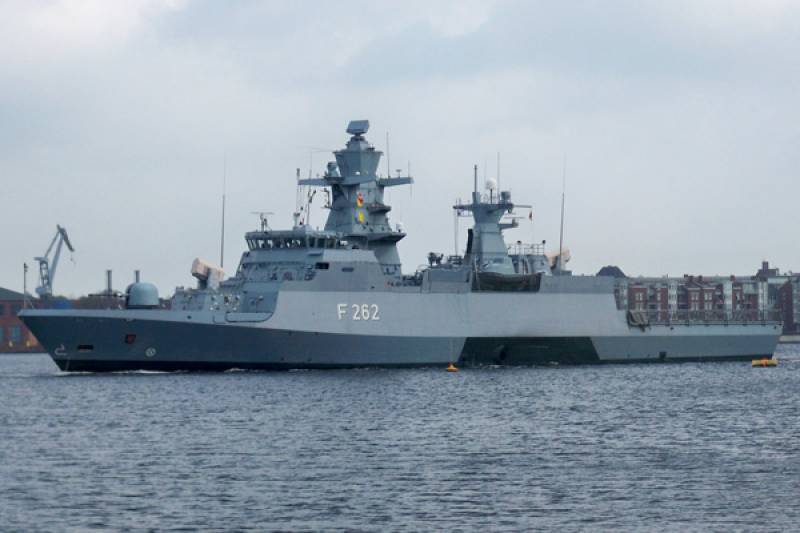 In a first-ever visit by a Pakistan Navy Ship to Germany, PNS Aslat was received by the German Navy Hamburg Command and Naval Attache' Embassy of Pakistan, at Hamburg Port.

PNS "ASLAT' frigate was commissioned in early 2013, it was previously built at the Chinese shipyard Hudong-Zhonghua Shipyard in Shanghai. PN Ship is part of a series of four identical units. PN ASLAT main task is air defence and maritime surveillance at Sea. Furthermore, PNS "Aslat" was deployed in 'Operation "Enduring Freedom'.

ISLAMABAD - Pakistan Navy Ship ASLAT will visit Portsmouth in UK from July 18 to 22 and during stay, the ship will be ...

As per the statements of Pakistan Navy, "it is for the first time a Pakistan Navy Missile ship enters into the Baltic waters and it will stay in Germany as a Goodwill visit."

A sideline program is planned for the crew and visitors. PNS ASLAT will be opened for the general public for two days Saturday and Monday between 1500h to 1800h local time. Local German and Pakistani guests and tourists can be onboard and have a lifetime experience at PNS ASLAT.

Also, during the port call, PNS ASLAT will have professional and social interactions with the host country. In accordance with the 14th August independence day celebrations, Pakistani singer Faakhir will perform in an onboard reception. The diplomatic event on Sunday eve will be hosted by Pakistan's Ambassador to Germany H.E Jauhar Saleem, accompanied by the presence of Pak-German Naval dignitaries, port authorities and civil society.

On Tuesday morning, the PNS "Aslat" will leave Hamburg around 9 O'clock in the morning and take a course on the Tunisian port of Tunis.

Earlier, the Pakistan Navy Ship came straight from St. Petersburg. Before that, the ship had a trip to the Port Aqaba in Jordan, Algiers in Algeria and Portsmouth in Great Britain.