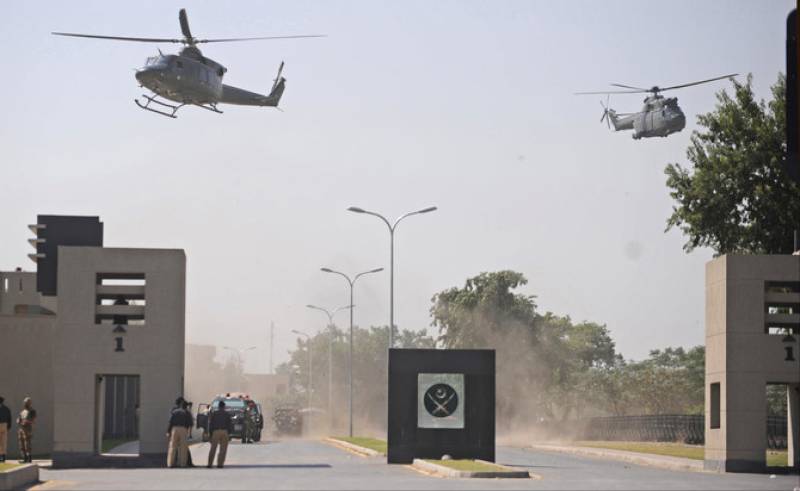 ISLAMABAD – Defence committees of the National Assembly and Senate will visit the General Headquarters (GHQ) tomorrow over the invitation of the country’s top military brass.

Reports in local media quoting sources said the military leadership will take members of defense committees into confidence on internal security affairs besides the situation in war-torn Afghanistan.

The lawmakers will also get a briefing on the situation in Indian Occupied Jammu and Kashmir. The briefing is reportedly conducted by the director-general military operations (DGMO).

The report further cited that the members of the committees have been directed to reach GHQ at 9.30 AM tomorrow while notices have also been issued to the Secretary of Defense, Foreign Secretary, and others in this regard.

On Friday, Major Gen Babar Iftikhar emphasized that the situation on the Pakistan-Afghanistan border was ‘normal and under control’ while Pakistan's side was secure.

In his first press conference after the Taliban takeover, the military’s spokesperson said prior to the Taliban's takeover of Kabul, the military situation in the neighboring country was "unfolded rapidly", he said, adding that Pakistan had already started taking the measures it needed to guard the border and to ensure internal security.

DG ISPR recalled that Pakistan had started beefing up its security since 2014, including Operation Zarb-i-Azb and Operation Radd-ul-Fasaad that eliminate a number of major terror threats to Pakistan.

ISLAMABAD – Pakistan Monday reiterated its call for an inclusive political settlement as the way forward ...