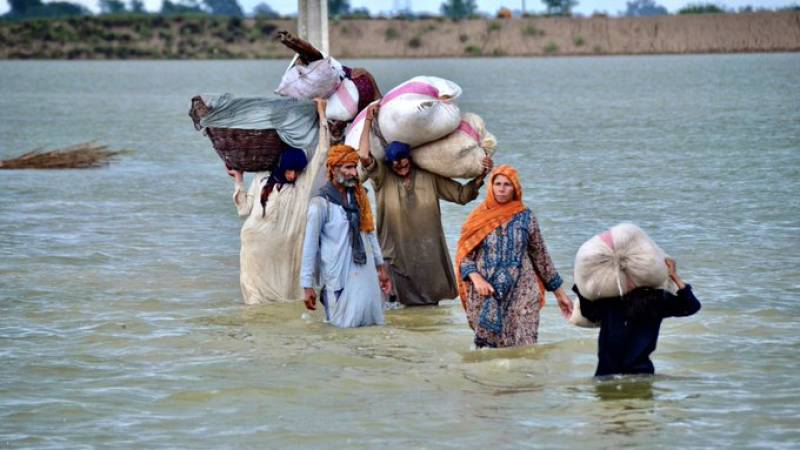 ISLAMABAD – China has announced to extend 100 million Yuan in aid to Pakistan for flood victims as thousands of people were displaced after record downpour triggered worst deluge in the South Asian country.

The Chinese leadership have expressed grief and solidarity with the Pakistani leadership and people over human and financial losses caused by floods in the country.

Expressing his good wishes for the Chinese President and the Premier, Prime Minister Shehbaz Sharif said the Chinese leadership and people as always has demonstrated its friendship and open heartedness for Pakistan.

The neighbouring has donated twenty five thousand tents and other relief goods.

The first consignment of three hundred tents will reach Karachi today and tomorrow.   The Chinese Ambassador to Pakistan will deliver the relief goods to Pakistan authorities in Karachi.

PM Shehbaz Sharif has thanked the Chinese leadership for the financial assistance to flood-affected people of Pakistan.

I thank H.E. President Xi Jinping & H.E. Premier Li Keqiang for the financial assistance to flood-affected people of Pakistan. This flood is like no other in terms of its intensity & spread. China 🇨🇳 has been there for us at the most difficult times & we greatly value its support

“This flood is like no other in terms of its intensity & spread. China has been there for us at the most difficult times & we greatly value its support,” he said in a tweet.

Flood relief efforts are underway with the assistance of international community as the country mourns the death of over 1,100 people in recent floods.

ISLAMABAD – Pakistan will receive more flights being sent by the friendly states with relief goods for victims of ...