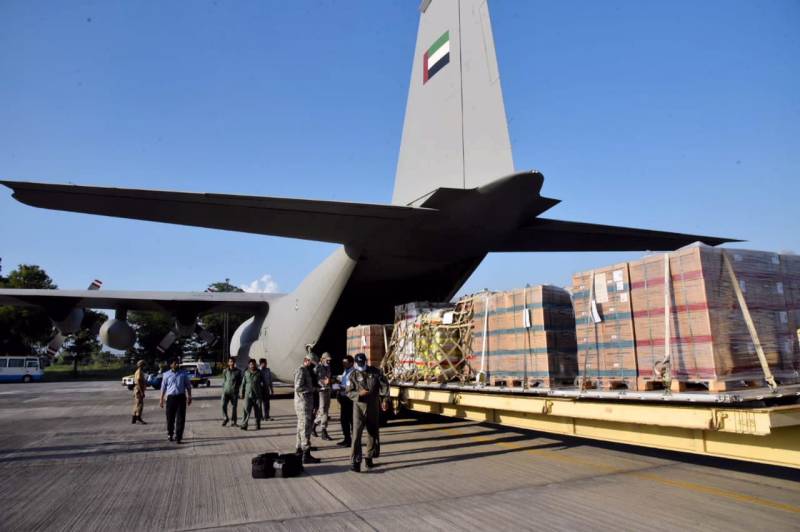 ISLAMABAD – Pakistan will receive more flights being sent by the friendly states with relief goods for victims of ravaging floods that has claimed over 1,100 live as the South Asian country has been facing abnormal monsoon rains since mid-June.

The federal government has declared an emergency in the country and urged the international community for help as more than 30 million people were affected by recent floods in recent weeks.

In continuation of ongoing flood relief operations, flights from UAE, Turkiye and China will be landing in Pakistan on Tuesday.

These flights form a humanitarian air bridge to help alleviate suffering being faced by people in flood-hit areas.

Meanwhile, Canada has announced $5 million in aid for the flood victims of Pakistan.

During a meeting with the office bearers of local Pakistani Canadian organizations in Ottawa, Pakistan's High Commissioner to Canada Zaheer Janjua thanked the Canadian government for its support.

The envoy said our expatriate Pakistanis should also come forward  for the help of flood affected people. He pointed out that the floods have caused severe damage to public buildings and infrastructure.