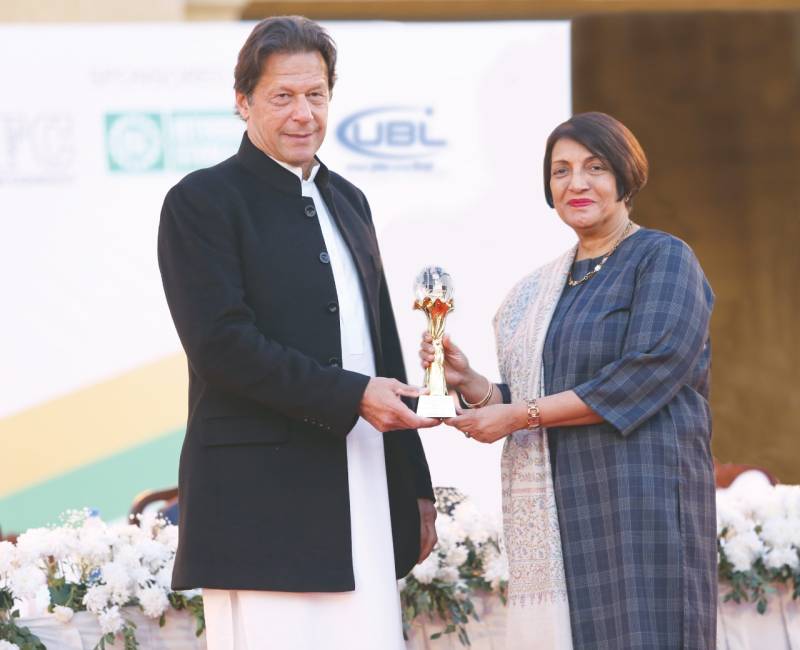 LAHORE - UBL has become the only bank to win the Pakistan Stock Exchange (PSX) “Top Companies of the Year” Award for three consecutive years (2016-18).

The awards for the three years were presented at a ceremony held in Karachi recently. The Prime Minister of Pakistan, Mr Imran Khan, who was the Chief Guest at the event, gave away the awards.

Ms Sima Kamil, President & CEO, UBL received the awards from the Prime Minister, on behalf of the Bank.

The award acknowledges the performance of top companies in all industries, every year on the basis of comprehensive criteria such as Capital Efficiency, Profitability, Free-Float of Shares, Transparency & Investor Relations and Corporate Governance with Listing of Companies & Securities Regulations.

On receiving the Award, Ms Sima Kamil, President & CEO, UBL said “It is indeed an honour for UBL to be declared one of the top companies of Pakistan for three consecutive years. UBL leads the banking and financial services sector in Pakistan. Over the course of its 60 years of existence, the Bank has come to be acknowledged as a Progressive and Innovative Bank. The Bank provides financial solutions to over 5.5 million customers. This recognition has come about because of the support and patronage of our customers and the hard work put in by the Bank’s team.”