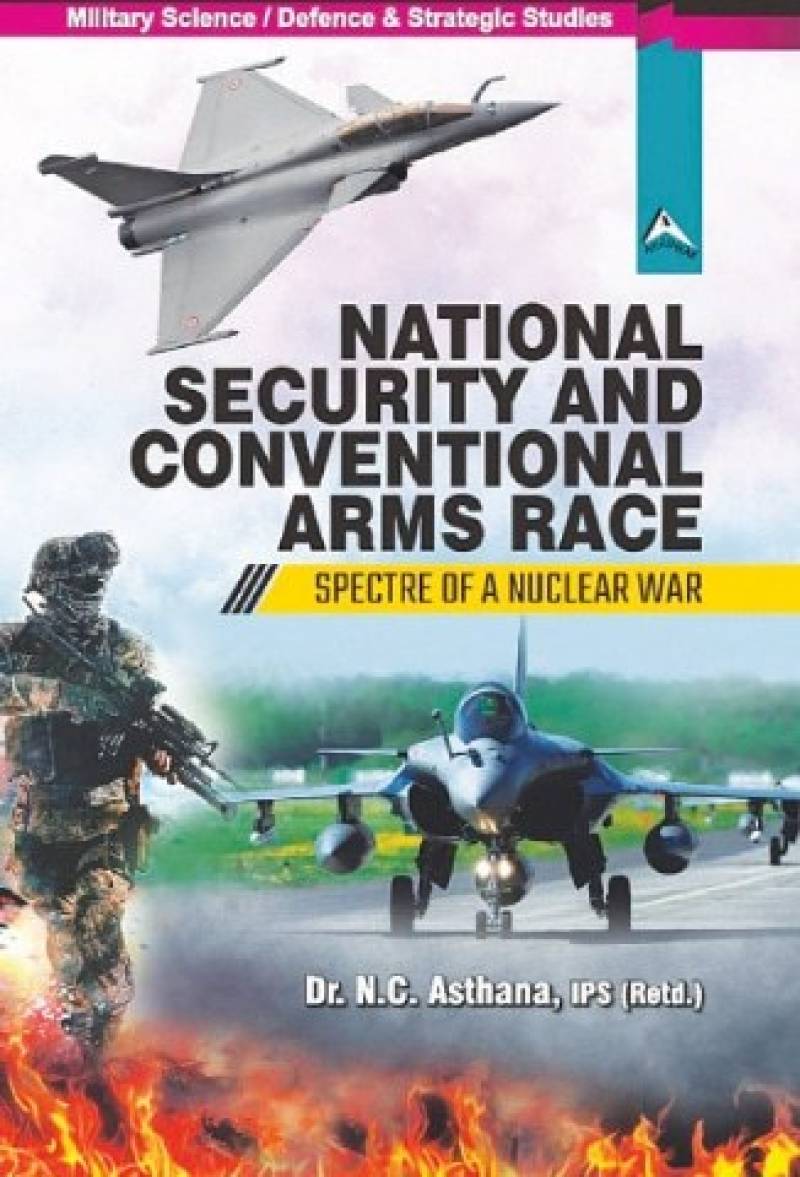 NEW DELHI: India has no clarity about its military and strategic objectives vis-à-vis its stated adversaries, Pakistan and China, and can defeat neither of them in a war, a new book by N.C. Asthana, former Indian police officer respected for his insights into security affairs, says.

The Wire on Tuesday carried a review of the book National Security and Conventional Arms Race: Spectre of a Nuclear War. It quotes the book as seeing “a huge mismatch between the militaristic official and media rhetoric, on the one hand, and the reality, which is that India cannot defeat either country militarily.”

The reviewer, Siddharth Varadarajan, editor of the esteemed current affairs portal, quotes Asthana as suggesting that instead of pouring vast sums of money into expensive weapons imports, India would be better served by finding solutions to the security challenges both Pakistan and China present by strengthening itself internally and pursuing non-military solutions, including diplomacy.

Asthana’s columns are widely read for their scholarship and he has authored 48 books, written or co-authored while in service. He is particularly known for his willingness to be sharply critical of the political and bureaucratic establishment, Varadarajan says.

Author says that exploiting enmity with Pakistan for electoral benefits has made Indian leaders victims of their own rhetoric.

Asthana also puts the lens on what he calls the “politics of warmongering”, which, according to him, has consumed public discourse in India over the past six years.

“Under the delusion that India has somehow, magically become invincible, he notes how a large number of Indians seem to be itching for a war.”

This invincibility narrative is both fuelled and strengthened by relentless arms imports. Asthana puts the figure India has spent on arms imports in the five years since 2014 at $14 billion, “and the undisclosed cost of the 36 Rafale jets purchased from Dassault Aviation is not included in this.”

But even this sum pales before the $130bn India is projected to spend on arms imports in the next decade, including on 100-plus even more expensive fighter jets to make up for the shortfall caused by the Modi government’s decision to scrap the earlier deal for 126 Rafales.

“As the fanfare over the arrival of the first Rafales showed, each of these purchases is hailed and sold to the public by the media as weapons that will flatten India’s enemies. But of course, this is far from the truth,” Varadarajan quotes the book as saying.

Asthana argues that the frenzied import of conventional weapons will never guarantee a permanent solution to the military problem posed by Pakistan or China because both the countries are nuclear-weapon states and cannot be decisively defeated on the battlefield.

“Given the myth of Indian invincibility, the futility of warmongering should be obvious. Yet, as the past few years have demonstrated, jingoism in India is at an all-time high,” the book notes.

“While conventional weapons can provide a tactical advantage in limited theatre conflicts short of war, the danger lies in escalation — which is hard to control at the best of times but especially so when the public discourse has been vitiated by the politics of warmongering.”

Asthana believes that exploiting enmity with Pakistan for electoral benefits has made Indian leaders victims of their own rhetoric, where they are left with a one-dimensional policy — one which is unrealistic in view of Pakistan’s nuclear weapons. Quoting Napoleon, he notes: “If they want peace, nations should avoid the pinpricks that precede cannon shots.”

India’s army, air force and navy are bigger than those of Pakistan. However, according to Asthana, the limited number of axes of attack, in which the much-touted Cold Start could be employed, tends to make the whole thing quite predictable.

There is no scope for any element of shock and surprise. Moreover, practically all options and counters to them have been debated and explored by both sides.

“In any case, the moment Pakistan feels that it is going to lose a conventional war under the weight of a bigger Indian military, it will feel compelled to go nuclear immediately. This is not 1971. Recall what General Khalid Kidwai, head of Pakistan’s strategic command, told a visiting Italian arms control organisation delegation about the country’s red lines in 2002.”

The Wire review recalls General Kidwai as saying that Pakistani nuclear weapons will be used “if the very existence of Pakistan as a state is at stake”. Asthana summarises Gen Kidwai’s red lines thus: “Nuclear weapons are aimed solely at India. In case that deterrence fails, they will be used if India attacks Pakistan and conquers a large part of its territory (space threshold), India destroys a large part either of its land or air forces (military threshold), India proceeds to the economic strangling of Pakistan (economic strangling), India pushes Pakistan into political destabilisation or creates a large-scale internal subversion in Pakistan (domestic destabilisation).”

According to General Kidwai, “examples of economic strangling of Pakistan included a naval blockade and the stopping of the waters of the Indus river”.