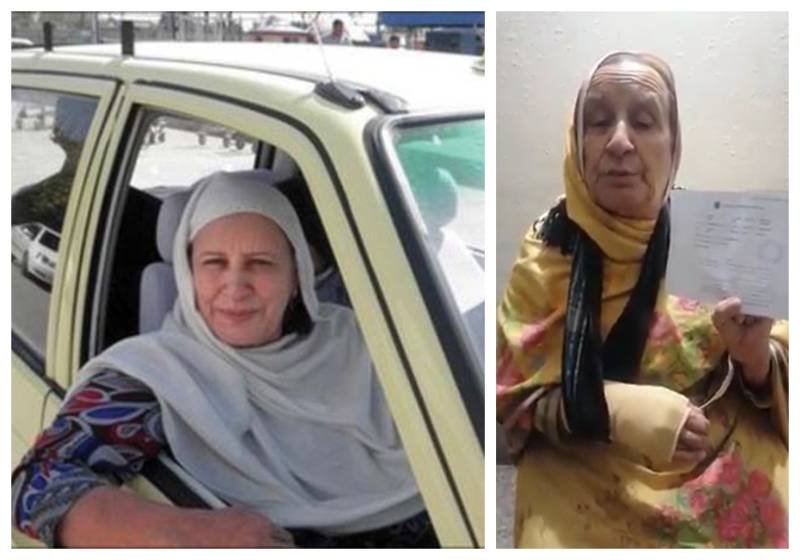 ISLAMABAD – Zahida Kazmi, Pakistan’s first female taxi driver, has been thrashed and beaten up by a man in Punjab's Rawalpindi city.

In a video statement, the 62-year-old widow asks for justice after being beaten up and verbally abused by a man in broad day light. Kazmi said as her daughter’s exams were approaching, she went out to get a pen and a register for her. On her way back home, she saw two guys fighting with each other on road. The woman stopped and tried to to stop them from fighting while asking what they were fighting over. Unforeseeably, one of those men hurled abuse at her. Not only that but also beat her, twisted her arm, and threw punches at her.

API Response: No news found against this URL: https://en.dailypakistan.com.pk/uploads/digital_news/2020-12-30/pakistan-s-first-female-taxi-driver-abused-assaulted-in-rawalpindi-1609335383-7235.mp4

Kazmi said the man (Yasir Jamal) belongs to the Pakistan Tehreek-e-Insaf (PTI). She also shared that as of now, she has registered a First Information Report (FIR) against him.

She has requested the authorities to take action, and arrest the man who manhandled her.

“I have trust in my government, and I ask for justice. He should know not to raise his hand on any other woman next time. I appeal to the Chief Justice of Pakistan, and sir Usman Buzdar to give bring me justice,” pleaded Kazmi.