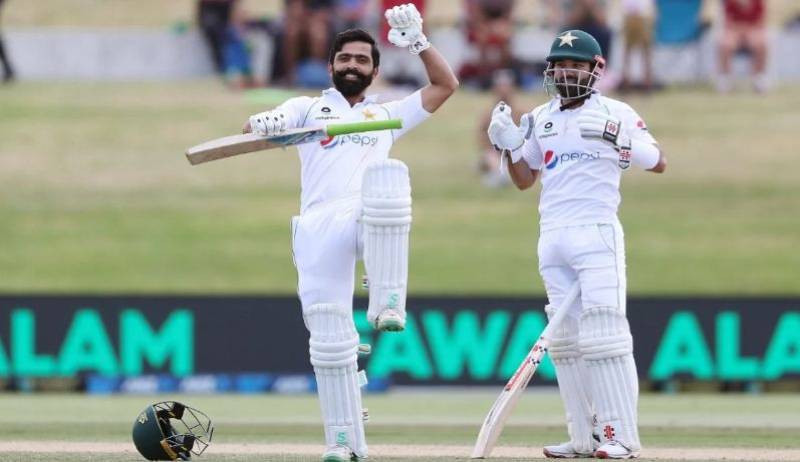 Pakistan may have suffered defeat in first Test match against New Zealand but Fawad Alam’s career-defining performance eclipsed the pain of losing the contest.

The left-handed player showed his mettle and hit a century after a gap of 11 years to put Pakistan on course to save the Test match at the Bay Oval in Mount Maunganui.

Alam scored a superb 102 off 296 balls, resisting the attack by Kiwis bowlers for around six hours and 36 minutes.

He along with Mohammad Rizwan added a helping 165 for the 5th wicket.

This is the second Test century for Fawad Alam, who smashed first ton against Sri Lanka in 2009 on his debut.

However, he was dropped from the national team in November 2009 and he joined squad again in August 2020.

It took more than 11 years to the talented player to reach the three-figure milestone for second time in the Test match.

People and cricket gurus have congratulated Alam on his stunning performance against New Zealand.

Pakistan cricket has such a rich history of player FUs to entire cricket establishment - it’s basically one of its foundational pillars - but goddamn if there’s been an FU as glorious as Fawad Alam’s hundred here. pic.twitter.com/euww5rjQDu