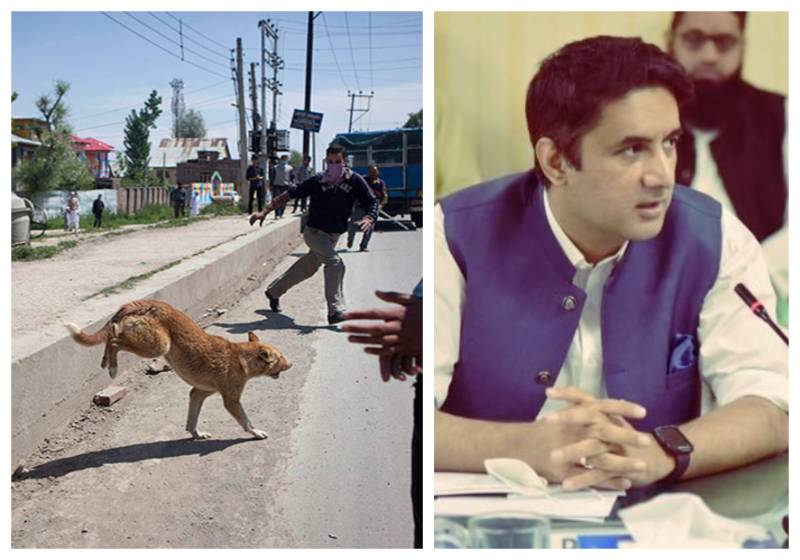 ISLAMABAD – The number of stray dogs has gradually increased in the federal capital, causing trouble to the residents and tourists, mainly due to overstuffed trash trolleys and piles of garbage that serve as a source of food for these animals.

The wild animals roam freely in streets, especially during night and creating a danger for children, women and senior citizens in the locality.

In a bizarre yet hilarious twitter thread, a user pointed out this stray dog problem in Bara Kahu area in the federal capital to the DC Islamabad Muhammed Hamza Shafqaat.

DC Islamabad, 39, who is well known for his active social media use which helps him connect with the general public to inquire about the issues faced by the people, responded saying that they have already invited animals' rights activists for guidance regarding the issue.

He also welcomed suggestions from the social media users, to which the Twitterati tried to troll DC Islamabad over stray dogs' problem with reference to Prime Minister Imran Khan.

The social media user, who goes by the name of Bilal Shabbir Virk, in a veiled reference to the Pakistani premier, said that he knew "a person who lives nearby and is an avid dog lover, owns enough land and resources to keep thousands of stray dogs" and if contacted, "will be willing to allot part of his land as sanctuary for stray dogs." 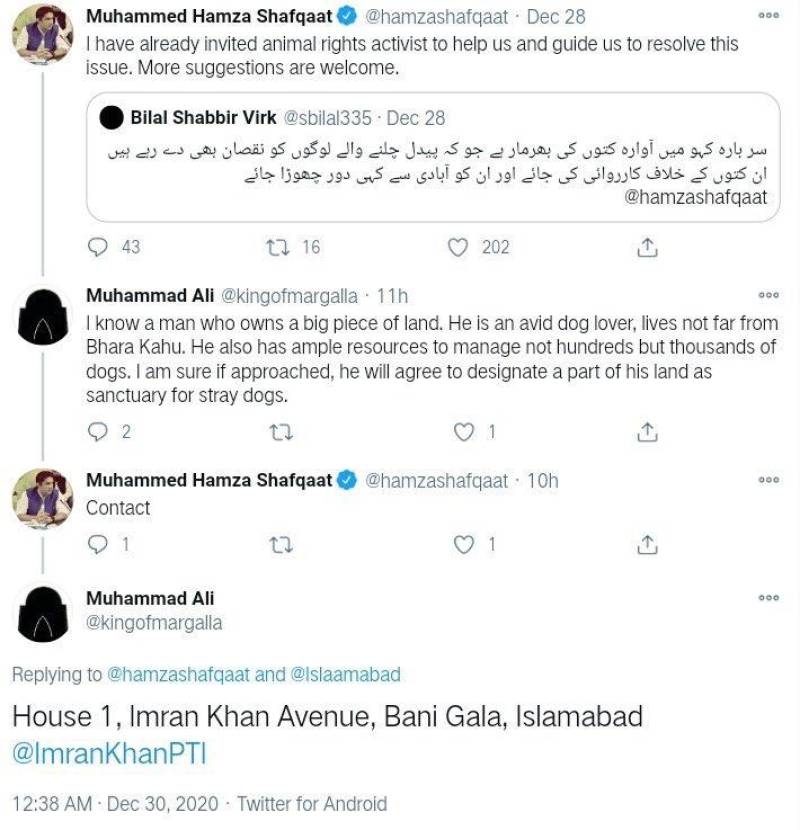 Jokes apart, there has been an increase of dog bite incidents and the situation turns risky due to unavailability of rabies vials at most hospitals.

Hundreds of dog bite cases are recorded in Islamabad alone every year.

ISLAMABAD – Prime Minister Imran Khan spent this Sunday morning with his dogs, Sheru and Tiger, pictures from his ...