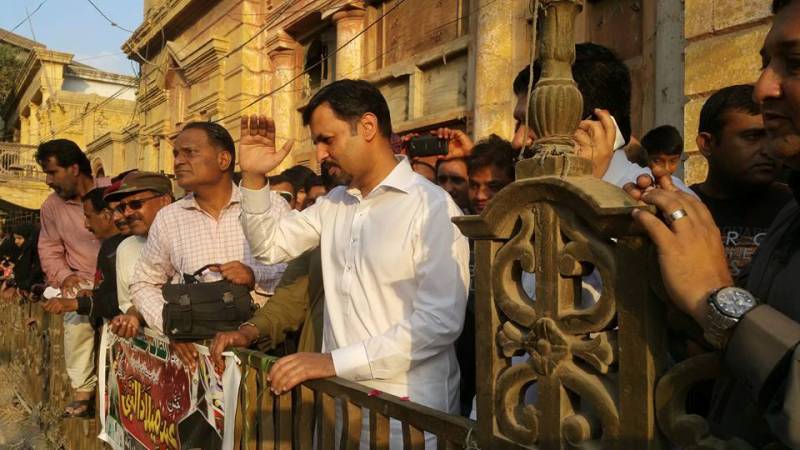 The former Karachi mayor was warned of legal notice for using filthy language against the bureau, however, the PSP chief tendered an apology and asserted that he respects state institutions.

The National Accountability Bureau had decided to send a legal notice to former Mayor for using 'filthy, baseless and derogatory' words against the anti-graft watchdog in his recent media talk.

A spokesman said NAB has asked Mustafa Kamal to tender an apology for using filthy language or face a lawsuit for failure to apologize.

The anti-graft body said that the filthy language used by PSP leader was an attempt to damage its reputation and the bureau strongly condemned such attempts.

NAB had asked the former Mayor to better utilize his energies in defending the corruption cases.

The Spokesman elaborated that NAB has decided to investigate the spending of over Rs 30,000 crore by Mustafa Kamal on the development of Karachi during his stint as mayor.

Despite spending a huge amount, the issues of Karachi remained unresolved, he said and added that a reference had already been filed in Karachi's Accountability Court against Kamal.