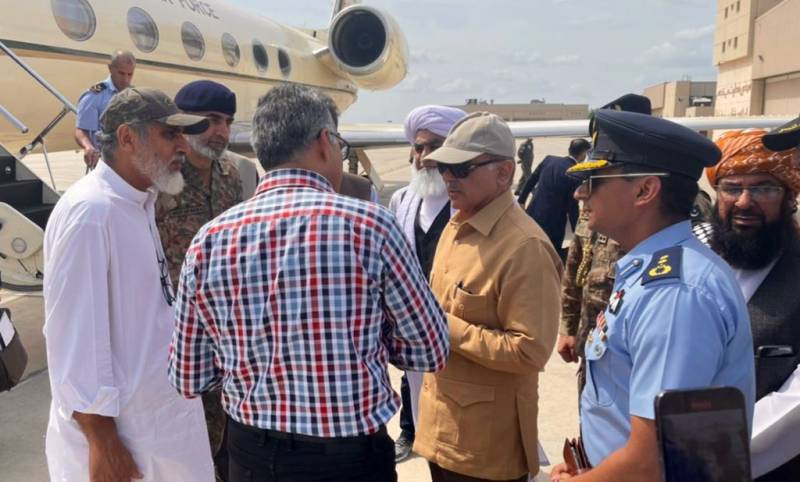 PM Sharif, who was accompanied by federal ministers and senior officials, also conducted an aerial surveys of areas during his visit and directed quick measures to provide relief to the affectees.

Meanwhile, relief operations in the flood-stricken areas continued, with authorities livering supplies to the affected people and evacuating others.

Parts of Punjab, Khyber Pakhtunkhwa, Balochistan, and Sindh were flooded as torrential rainfalls pushed rivers over their banks. More than 300 people have died so far while the death toll is on rise.

Scores of villages have been wiped out and hundreds of houses have collapsed due to rains and flash floods.

Earlier, PM Shehbaz chaired a detailed meeting on the rescue, relief, and rehabilitation measures in the flood-affected areas. Financial aid to the injured and compensation support to damaged houses was also directed by him.

QUETTA – Monsoon rains have killed more than 100 people and destroyed thousands of houses in the Balochistan ...

The federal government also constituted a special committee comprising the federal ministers to effectively supervise the rescue and relief activities.