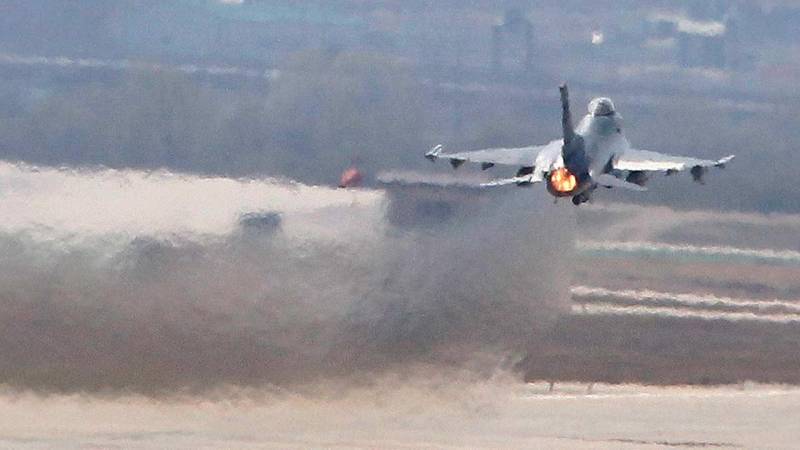 KABUL (Staff Report) - An F-16 fighter jet of United States Air Force has crashed during take off at an airbase outside Kabul, a statement from the Pentagon said.

Press Secretary Peter Cook said that pilot had ejected himself safely in the crash and received minor injuries. He was being treated by medical personnel. The incident took place on Tuesday.

Further information suggested that the pilot was part of the 455th Air Expeditionary Wing at Bagram, Afghanistan.