Indian soldier, who highlighted plight of soldiers with his viral videos, to contest election against Modi 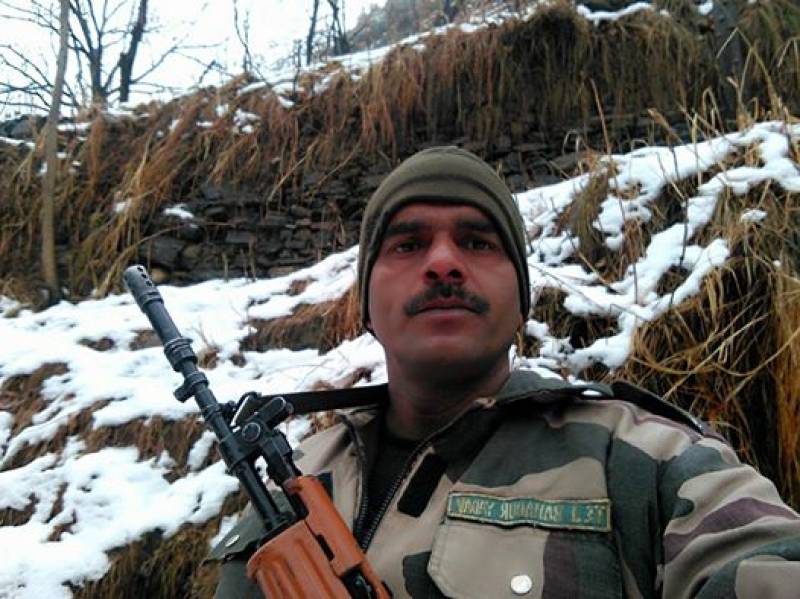 NEW DELHI - An Indian soldier, who had told his plight to the world by uploading videos on the substandard food served to soldiers in Occupied Kashmir, will contest against Prime Minister Narendra Modi in the upcoming Indian elections.

According to the Indian media, former Border Security Force (BSF) constable Tej Bahadur Yadav has decided to fight the polls from the Varanasi constituency in Uttar Pradesh against Modi.

Tej Bahadur Yadav, a resident of Haryana, claimed that despite being approached by several parties he would contest as an independent candidate, aiming to raise the issue of corruption in the Indian forces by contesting the election.

NEW DELHI - The Indian Border Security soldier, Tej Bahadur Yadav who revealed the shocking state of affairs in the ...

He said that “My motive is not to win or lose. It is to highlight how this government has failed the forces, especially paramilitary forces.”

He criticized the Indian prime minister by saying that “PM Modi seeks votes in the name of our jawans but has done nothing for them. Our paramilitary jawans (CRPF men) killed recently in Pulwama were not even given martyr status by this government.”

Yadav was dismissed from BSF in 2017 after he took to the social media to complain about the quality of food being served to the forces in Jammu and Kashmir. In his viral videos, Yadav had alleged that the senior officials illegally sold off the food supplies meant for the troopers, adding that he was "mentally tortured" in the army.

Former Border Security Force (BSF) constable Tej Bahadur Yadav had sparked a debate with his viral videos by uploading the videos on social media regarding substandard food served to Indian soldiers and corruption among the Indian army.

Days after the solider criticised the army and government in a series of videos on social media, army chief General Bipin Rawat, had warned that army personnel who do not use “proper, specified channels” to air their grievances would be liable to be punished.

NEW DELHI - Days after an Indian solider criticized the army and government in a series of videos on social media, army ...

The BSF had also dismissed Yadav in April on charges of indiscipline. He was then punished with relegation to a plumber’s job.