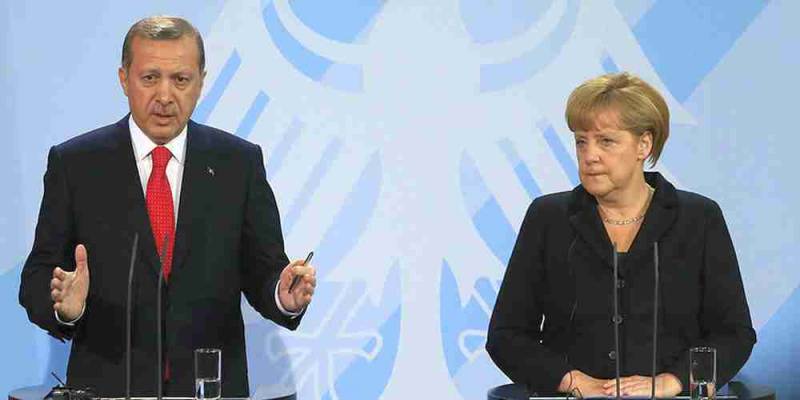 ANKARA -Turkish President Recep Tayyip Erdogan has accused Germany of supporting terrorists after it did not pay attention to thousands of files sent to Berlin or handing over suspects wanted by Turkish authorities.

"Germany is abetting terrorists," Erdogan remarked during a party conference on Monday in the Black Sea province of Rize, Geo News reported.

He informed party members that German Chancellor Angela Merkel was handed over 4,500 dossiers, but he did not received a single reply in this regard.

"When there is a terrorist, they can tell us to give that person back. You won't send the ones you have to us, but can ask us for yours. So you have a judiciary, but we don't in Turkey?" he said.

On the other hand, a German government source has refused Erdogan's latest remarks.

"Everything has really been said about this," said the source, adding that claims will not come true by repeating them again and again.

The relation between two countries deteriorated after Turkish authorities detained 10 right activists, including a German national, for allegedly having links to the network of cleric Fethullah Gulen, who has been blamed for 2016 coup.

Turkey accused Germany of providing safe havens to Kurdish and far-leftist militants as well as military officers and other people involved in the abortive coup.