Trump calls for 'bold reforms' at UN, decries its bureaucracy 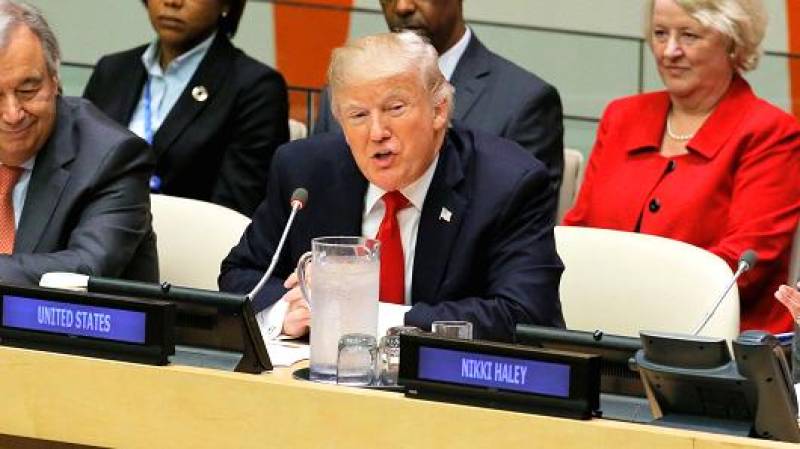 NEW YORK - US President Donald Trump came hard on the United Nations for not reaching its full potential because of its bureaucracy and mismanagement and called for "bold reforms" to make it a greater force for world peace.

The President stated this in a short event on his visit to the the United Nations here in New York ahead of his highly-anticipated address at the 72nd session of the General Assembly today (Tuesday).

The Annual Session of the General Assembly is being held under the theme “Focusing on People: Striving for Peace and a Decent Life for All on a Sustainable Planet”.

He said, "Yet in recent years, the United Nations has not reached its full potential because of bureaucracy and mismanagement.

"While the United Nations on a regular budget has increased by 140 percent, and its staff has more than doubled since 2000, we are not seeing the results in line with this investment."

Trump added that he wanted a United Nations that regains the trust of the people around the world, adding, "In order to achieve this, the United Nations must hold every level of management accountable, protect whistle-blowers and focus on results rather than on process".

Urging the Secretary General, he said, "We pledge to be partners in your work, and I am confident that if we work together and champion truly bold reforms, the United Nations will emerge as a stronger, more effective, more just, and greater force for peace and harmony in the world".

He also applauded the Secretary General for laying out a vision to reform the United Nations so that it could better serve the people across the world.

"We support your efforts to look across the entire system and to find ways the United Nations can better, and be better at development, management, peace, and security," he said.

He also urged the Secretary General to fully use his authority to cut through the bureaucracy, reform outdated systems, and make firm decisions to advance the main objective of the UN.

He also called all member states to look at ways to take bold stands at the United Nations with an eye toward changing business as usual and not being beholden to ways of the past which were not working.