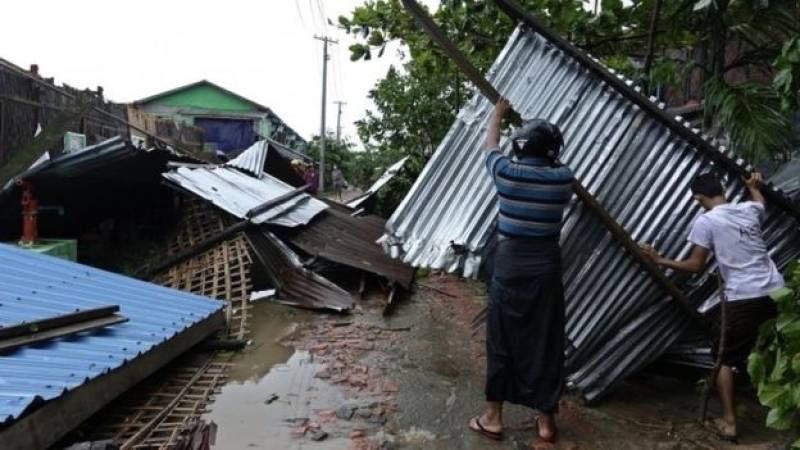 Most of them were killed by falling trees in the districts of Cox's Bazar and Rangamati, officials told the BBC.

Hundreds of houses were fully or partly damaged, the officials said. Significant damage is reported in refugee camps housing Rohingya Muslims from neighbouring Myanmar. The authorities have moved hundreds of thousands of people to shelters.

Cyclone Mora made landfall at 06:00 local time (00:00 GMT) between the fishing port of Cox's Bazar and the city of Chittagong, with winds of up to 117 km/h (73mph), the country's meteorological department said.

Low-lying areas of Cox's Bazar, Chittagong and many other coastal districts were "likely to be inundated" by a storm surge of 1.2m-1.5m (4-5ft) above normal levels, the department had warned.

People have been evacuated to shelters, schools and government offices.

Fishing boats and trawlers have been advised to remain in shelters. Flights in the area have been cancelled. 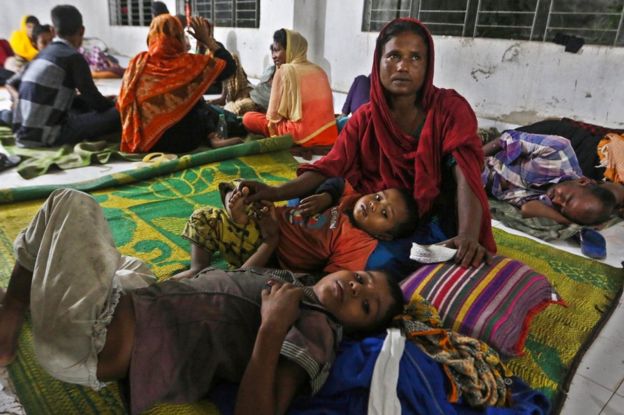 "In some places, almost every shanty home made of tin, bamboo and plastic has been flattened," Mr Salam added. "Some people were injured, but no-one is dead."

Large camps have been set up in Cox's Bazar for hundreds of thousands of Rohingya who have fled violence in Myanmar.

The Bay of Bengal is prone to storms and Bangladesh is often hit by severe weather during the monsoon season, from the middle to the end of the year.