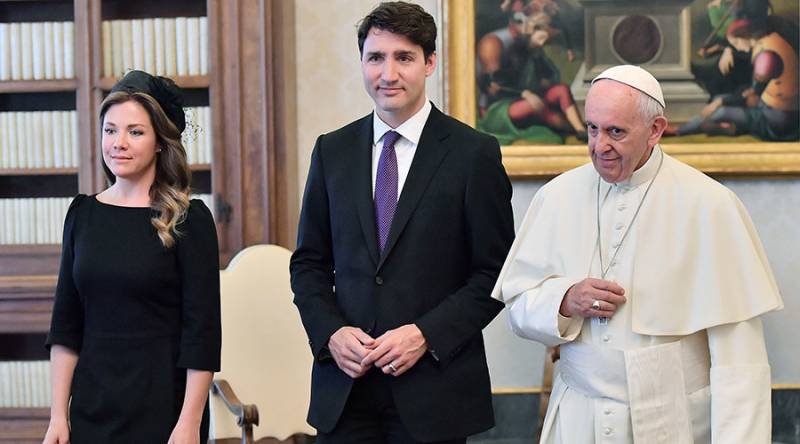 TORONTO - Canadian Prime Minister Justin Trudeau has asked Pope Francis to visit Canada to apologize for decades of abuse suffered by indigenous children in schools run by the Catholic Church.

Canada’s “residential schools” system was set up in the late 19th century to assimilate native peoples into Canadian society. Children were separated from their families in an effort to strip them of their traditional cultures.

No ‘white privilege’ for Trumps during pope visit & here’s why https://t.co/Nc71wSmkL3

In the schools, children were forbidden to speak their language or practise their own culture. Many children also suffered physical and sexual abuse. Over 150,000 children passed through the school system and the last one was closed as recently as 1996.

A 2015 report from Canada's Truth and Reconciliation Commission said what happened in the schools amounted to “cultural genocide.” The report called for a papal apology to survivors as part of the reconciliation process.

“I told him how important it is for Canadians to move forward on real reconciliation with the indigenous peoples and I highlighted how he could help by issuing an apology,” Trudeau told reporters after meeting the pope in Rome.

He said he had invited the pontiff to make the apology in Canada.

Trudeau, who is Catholic, said he had “a deeply personal and wide-ranging, thoughtful conversation with the leader of my own faith.”

The Vatican has not commented on the request. However, it said the conversation “focused on the themes of integration and reconciliation, as well as religious freedom and current ethical issues.”