Ali Jahangir Siddiqui takes charge as Pakistan's Ambassador to US 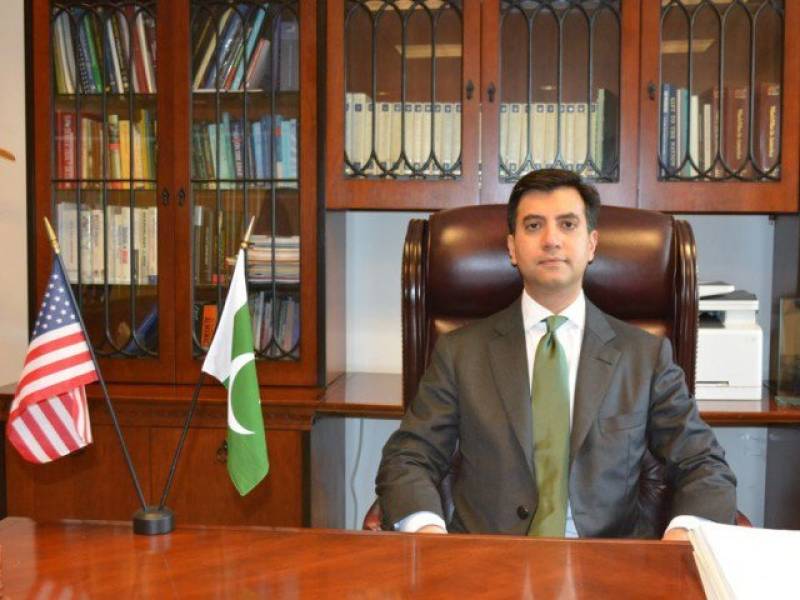 ISLAMABAD - Ali Jahangir Siddiqui has taken charge as Pakistan's ambassador to the United States on Wednesday, despite the investigations underway at home against him.

Siddiqui arrived in Washington, DC Monday night ahead of his swearing-in and replaced Ambassador Aizaz Chaudhry.

He was welcomed at the airport by Rizwan Saeed Sheikh, the deputy chief of Pakistan Mission to the US, following which the diplomat chaired an introductory meeting with the officials at the embassy in Washington, DC.

Siddiqui’s appointment came less than a week before the end of Pakistan Muslim League-Nawaz’s government.

The former banker has to present his credentials to US President Donald Trump in the coming weeks to be fully operational to carry out his duties.

Siddiqui is an investment banker by profession and currently works as a special assistant to prime minister Shahid Khaqan Abbasi.

He was appointed by the federal government as Pakistan's ambassador to the US in March.

Soon after his nomination, Ali was summoned by the National Accountability Bureau (NAB), accusing him of causing a loss of Rs40 billion to national exchequer through ‘embezzlement’. The accountability watchdog had also sought to put his name on the Exit Control List (ECL).

Siddiqui, who holds a Bachelor of Arts (BA) degree in Economics from Cornell University, was honoured by the World Economic Forum as a Young Global Leader in 2014.

Siddiqui's name appeared in the Panama Papers as well; he is a chairman of JS Bank Ltd and JS Private Equity Management.

He is the son of Jahangir Siddiqui, a businessman, and philanthropist; his brother is the son-in-law of famous media mogul Mir Shakilur Rehman and to everyone’s surprise, the flamboyant television star Sheheryar Munawar, is also his cousin.