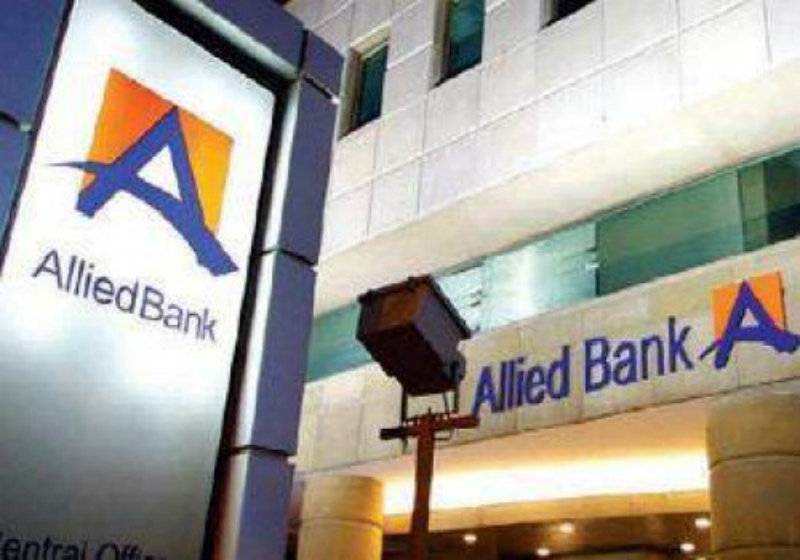 LAHORE (Web Desk) - The official website of Allied Bank Limited of Pakistan got hacked last weekend, for the second time in two years.

A group of hackers - MadLeets a.k.a 1337 group - gained access to Allied Bank’s server and defaced one of its webpages, according to the ProPakistani.

However, it appears that bank didn’t learn anything from past experiences, boosting the virtual security for its website.

The hackers wrote in their greeting message:

| Pwned you again | Shame on your security 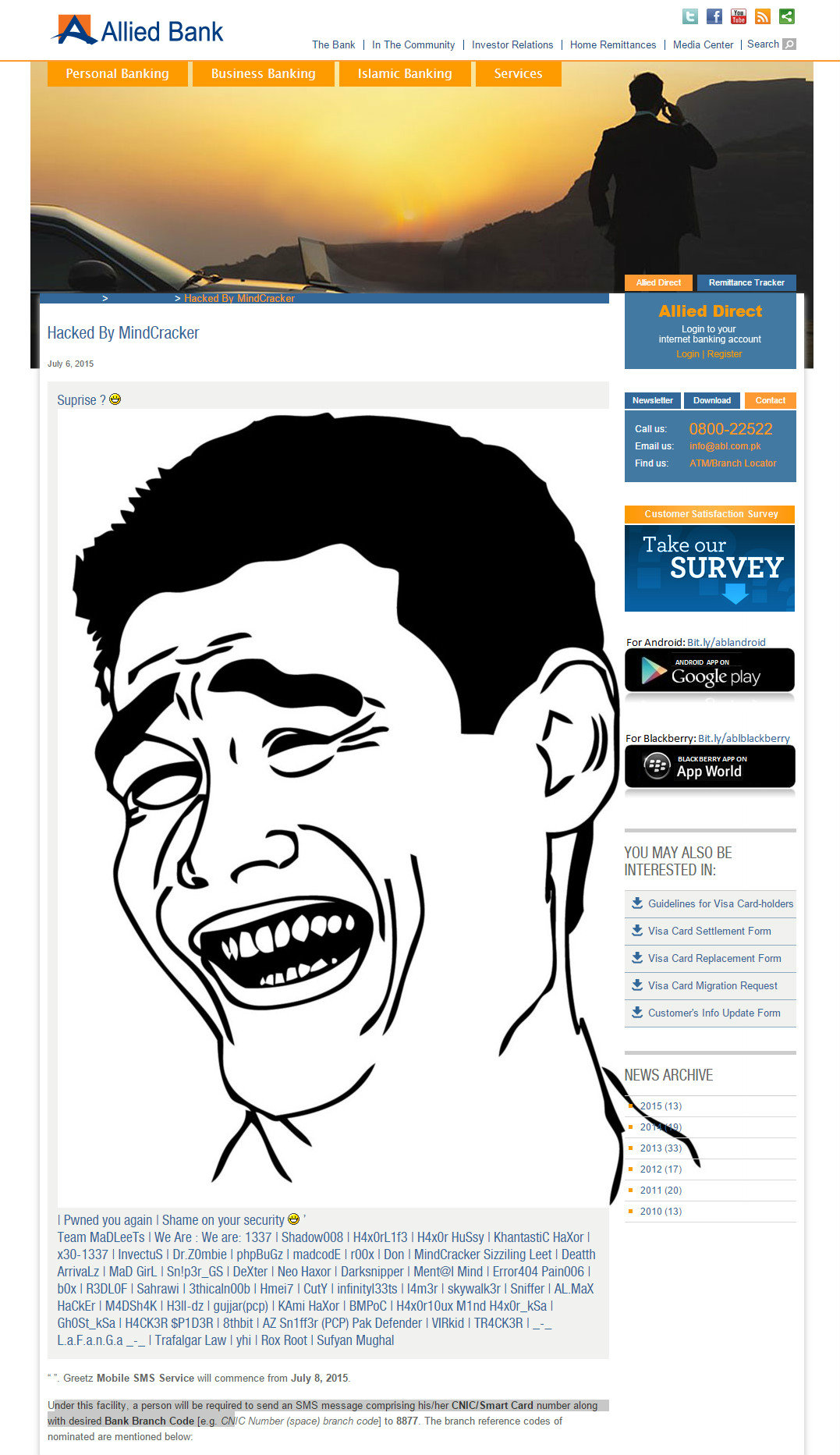 However, it is unclear if, during the incident, any customer data was compromised or not.

Its time for Allied Bank to get their servers hardened by professionals.

Last Thursday, a group of Indian hackers launched a cyber attack against Pakistan blaming for the 26/11 Mumbai attacks, by hacking into two government sites and around 10 non-government domains.

According to one of the hackers, the attack which began in the wee hours of Thursday was led by 'team Indian Black Hats', a group of like-minded hackers from across the country. The same team was in cyber space from 2011 to 2013 under the name Indian Cyber Devils, and after a brief lull with members continuing to be active with various other hackers’ groups, had revived itself from January 2015.

The websites that the Indian Black Hats hacked till evening on Thursday were www.csd.gov.pk and www.mona.gov.pk, while a variety of non-government domains, including www.metroshoes.com.pk, as well were hacked by the Black Hats.