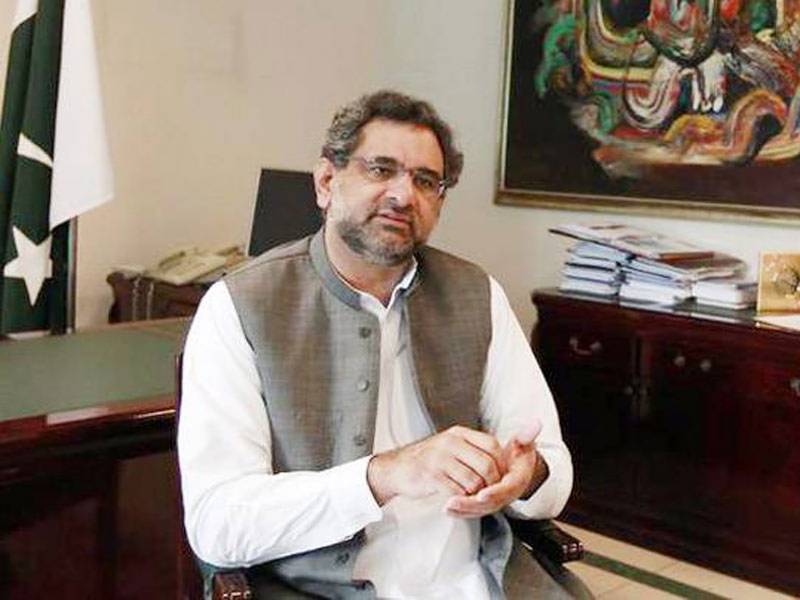 ISLAMABAD - Prime Minister Shahid Khaqan Abbasi arrived in Russia to participate in the 16th meeting of Council of Heads of Government of the Shanghai Cooperation Organization (SCO) beginning at Russian city of Sochi from Thursday (today).

He is attending the meeting on the invitation of his Russian counterpart D.A. Medvedev.

The meeting is mandated to focus on the strategy, prospects and priorities for SCO’s developmental cooperation. Shahid Khaqan Abbasi will also participate in the SCO Retreat being hosted by the Russian Prime Minister with his other SCO counterparts.

The retreat will be followed by a Plenary Session of the Council of Heads of Government where Prime Minister will outline Pakistan’s commitment to SCO’s objectives including fighting terrorism and extremism and its sincere interest in regional peace, stability and development.

The prime minister will also hold bilateral meetings on the sidelines of the summit.This is the first SCO Heads of Government meeting that Pakistan will participate after assuming full membership this year.

Prime Minister Abbasi will also hold important bilateral meetings on the sidelines of the summit.