Sonam Kapoor gets trolled for wishing Fawad Khan on his birthday 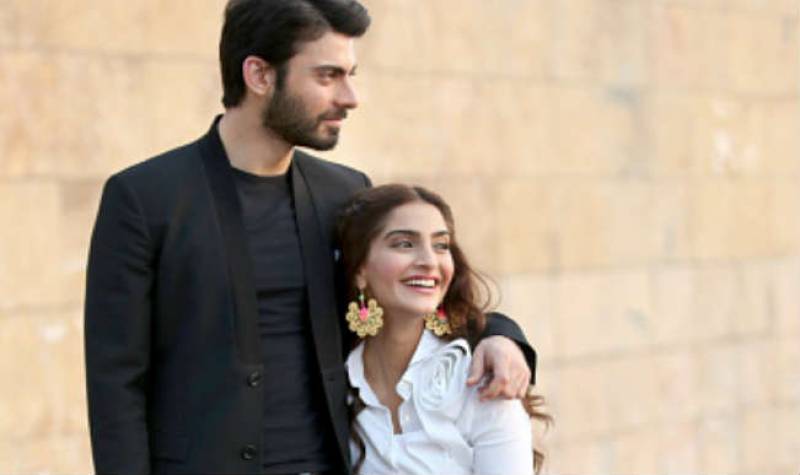 MUMBAI - Pakistan's 'Khoobsurat' actor Fawad Khan turned 36 yesterday. The actor received many wishes and love from all around the world.

Sonam Kapoor, his 'Khoobsurat' co-star, also tweeted a sweet birthday wish for him.

A very Happy Birthday Fawad! 🎂 Hope you receive all the joy & happiness on this special day! @_fawadakhan_ pic.twitter.com/ueSK6j3ofT

Sonam tweeted: "A very Happy Birthday Fawad! Hope you receive all the joy & happiness on this special day! @_fawadakhan_"

But little did she know that this seemingly innocent wish would ignite hatred towards her. Many Indians did not seem pleased that she had wished him (mainly because he is a Pakistani).

Was it needed.... mam a man who was not even ready to say few words against terror attacks on our soldiers.... is he eligible to take greetings from daughter of India!! its insult & hurting to our brave soldiers...

Do Bollywood know anything about patriotism just giving break to Pakistani

The harassers went on to say that she should leave India and that she has no patriotism for her country. One user even mocked her for having actor Rishi Kapoor's soul getting into her. One warned her that she may be called a traitor for wishing Pakistanis and exiled from the country.

Although many users were sweet too and wished Fawad many many happy returns of the day.

Still, one thinks about all this hatred for just one wish. Hasn't the 'Anti-Indian' issue been pushed too far?