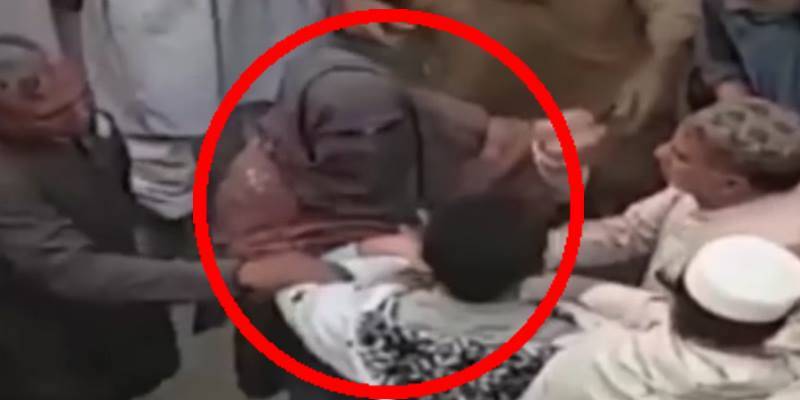 PESHAWAR - A woman in Peshawar took strong exception to casual harassment and taught the harasser a perfect lesson by slapping him in front of a crowd.

A footage making rounds on social media shows a middle-aged veiled woman chasing a harasser on the streets of Peshawar after she slapped him multiple times.

The video shows the furious woman accompanied by a fellow beating up a young man with scores of bystanders trying to cool down the situation.

After the video went viral the internet, the duo received massive appreciation for their valiance and firm attitude in teaching harassers and cat-callers a lesson.

The date of when the video was filmed remains unknown, however, the ineffectiveness of lawmakers in tackling the matter in a well-defined manner is well evident.