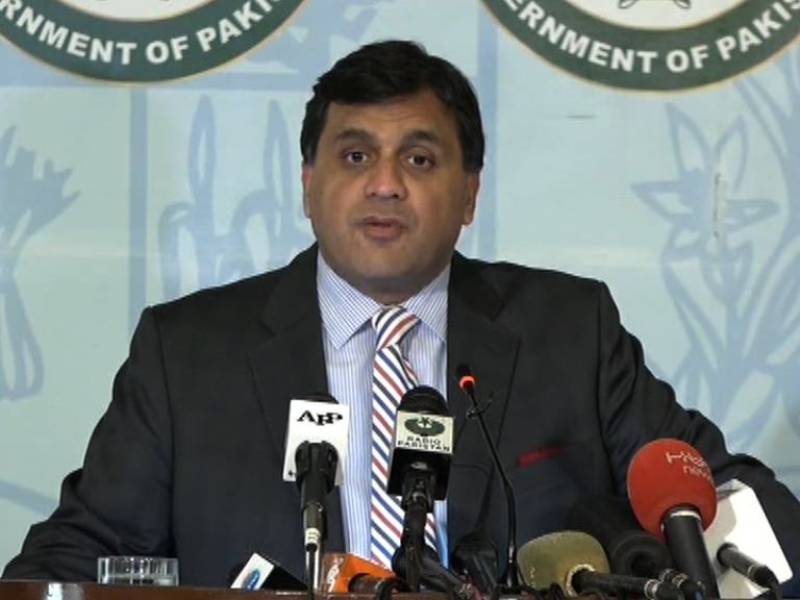 ISLAMABAD - Pakistan has welcomed reaffirmation of the principled stance of OIC Human Rights Commission in support of self-determination of Kashmiris and call for an end to the ongoing human rights violations in Indian occupied Kashmir.

A statement issued by Foreign Office Spokesperson on Friday said that Pakistan welcomes the holding of OIC's Human Rights Commission's first-ever "Open Discussion" on the worsening humanitarian situation in Indian Occupied Jammu and Kashmir, as part of its 16th Regular Session held in Jeddah on 25th to 28th of this month.

The Open Discussion session, held under IPHRC's "Standing Mechanism to Monitor Human Rights Situation in Indian Occupied Kashmir", was attended by all the Commission Members and a large number of the representatives of the OIC Member and Observer States.

Addressing the situation in IOK in all its dimensions, the Commission strongly condemned the blatant violation of human rights in Indian occupied Kashmir. There are credible reports of inflicting collective punishment. "The systematic and systemic human rights violations have a well-defined pattern tantamount to ethnic cleansing and genocide of Kashmiris."

The Commission reaffirmed the right of self-determination of the people of the occupied valley under the relevant UN Security Council Resolutions. It reiterated that India's steps of 5th August were illegal and void, the Radio Pakistan reported.

It condemned the continued use of pellet guns that killed and maimed innocent and unarmed civilians.

It also reiterated its endorsement of the recommendation of the UN High Commissioner for Human Rights to establish a Commission of Inquiry under the UN auspices to comprehensively investigate all the allegations of human rights violations.

The Commission assailed India for not allowing a fact-finding visit to the IOJ&K despite repeated requests by the IPHRC, OIC and UNOHCHR.

It agreed to undertake a visit to AJK to meet with the refugees, political parties and other civil society representatives from Indian occupied Kashmir, after India's repeated denial of allowing a Fact-finding Mission to occupied territory.

The Commission demanded India to allow the OIC and ICRC to establish a 'humanitarian corridor' in IOK to reach out to the besieged population for provision of basic food and medical supplies.