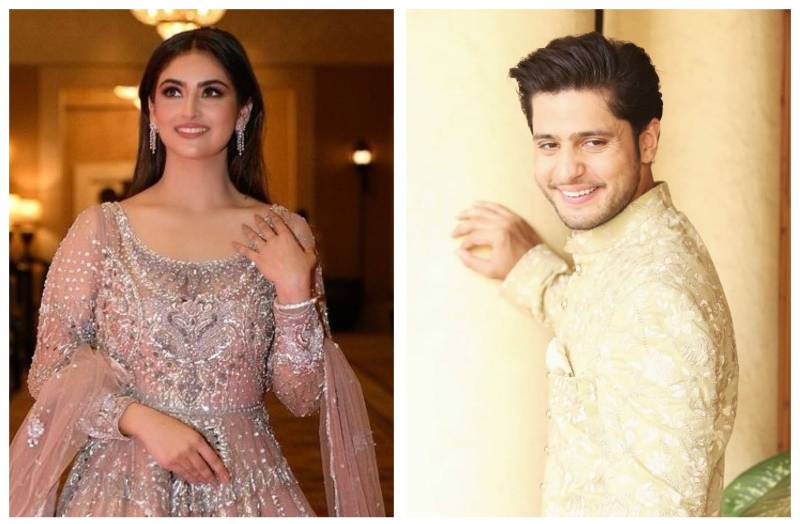 Hiba Bukhari is one of the most beautiful Pakistani actresses who rose to the pinnacle of fame within a very short span of time.

Despite being a very private person and keeping her personal life under rugs, speculations have been rife that the Tarap star might be getting married to her co-star Arez Ahmed soon.

In their recent appearance in Time Out with Ahsan Khan, the duo seems to finally spill the beans as Areez confirmed that he will be tying the knot soon.

Delving into details about his marriage, Ahsan moves to Hiba Bukhari after he asks Arez the reason for coming along with Hiba.

While the Deewangi actor keeps mum but thanks Arez when he praises her and says he is her fan. The 27-year-old actress has impressed the audience with her impeccable acting skills and humble persona.

On the work front, Hiba Bukhari is currently being highly praised for her performance in drama serials Berukhi and Inteha-e-Ishq.

Hiba Bukhari is hands down one of the most beautiful actresses of Pakistan who dazzles in all of her ...