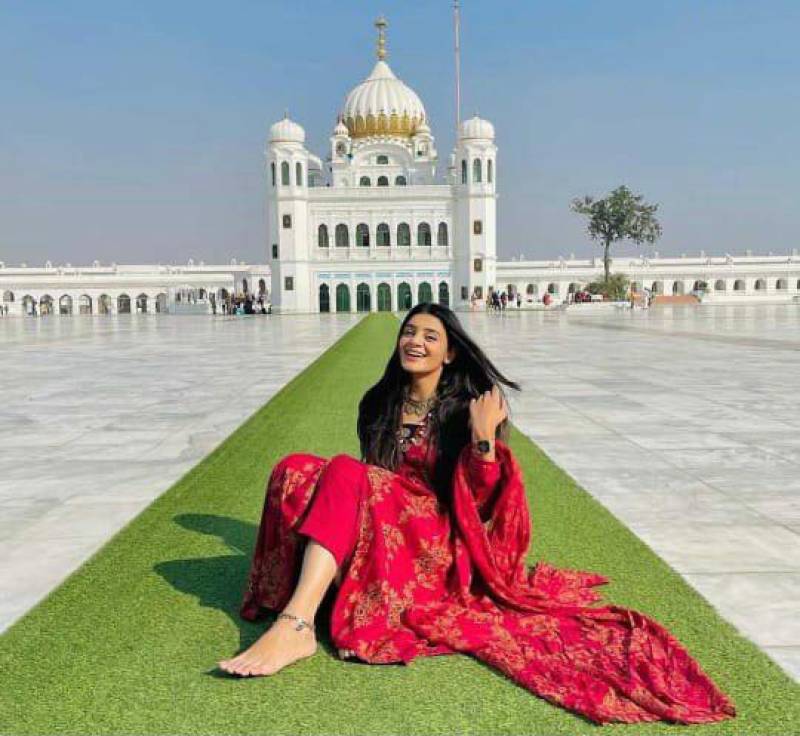 LAHORE – Model Sauleha Imtiaz has tendered an apology for an offensive photo shoot at Gurdwara Darbar Sahib in Karatarpur following a severe backlash by Pakistani lawmakers and Sikh community.

In an Instagram post, she clarified that the photos were not the part of any fashion shoot or anything.

“I just went to kartarpur to learn about the history and know about the sikh community. It wasnt done to hurt anyone sentiments or anything for that matter,” she wrote.

“However, if i have hurt anyone or they think that I dont respect there culture/religion. I am Sorry. And I just saw people taking pictures and i took a lot of sikh pictures too there. I wouldn’t have done it at the first place,” Imtiaz added.

She also vowed to perform such acts in the future.

It all started when an Indian Sikh independent journalist, Ravinder Singh Robin, criticised the model's photos on Twitter a day earlier.

"Modelling bareheaded for ladies' attire, in the premises of Gurdwara Sri Darbar Sahib at #KartarpurSahib in Pakistan, by a Lahorite woman has [severely] hurt the religious sentiments of Sikhs," he wrote.

Federal Minister for Information Fawad Chaudhry also slammed the designer and model for shooting at the Gurdwara Sri Darbar Sahib.

“Kartarpur Sahib is a religious symbol and not a film set,” Fawad wrote on social media while replying to Robin.

The photos of the model were shared on the Instagram page of a clothing brand named Mannat Clothing, but were removed after the criticism.

LAHORE – Information minister Fawad Chaudhry and members of the Sikh community have criticized a local brand for ...