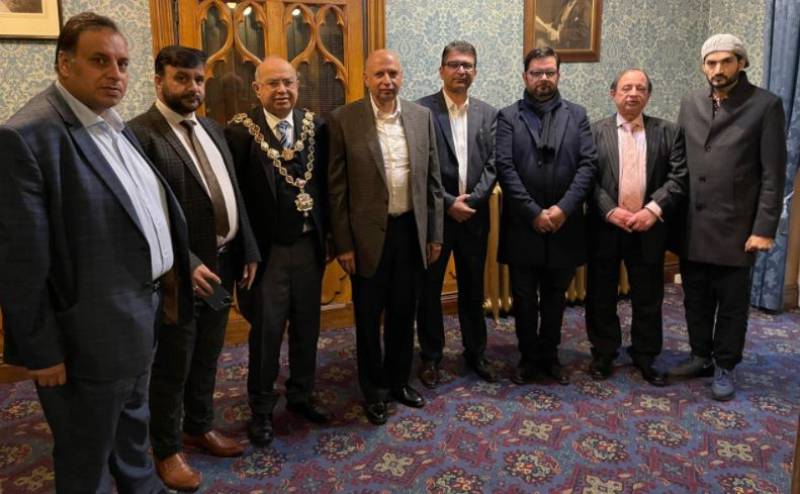 LAHORE – Punjab Governor Chaudhry Mohammad Sarwar has announced his plan to take part in the next general elections as he intends to play an active role in the country’s politics.

Sarwar shared his future plan while addressing a reception given by Pakistan High Commissioner Moazzam Ahmad Khan during his visit to the United Kingdom.

“In 2018, Prime Minister Imran Khan and the party leadership decided to appoint me as the governor, and as a party member I accepted the decision, but now I have decided to participate in next general election,” he told the gathering.

"The people have given a mandate to PTI government to rule for five years and it will complete its constitutional term," he said, adding that the general elections in the country will be held in 2023.

Chaudhry Mohammad Sarwar admitted that there was a delay in police reforms, adding that the PTI government will meet its promise in this regard in order to ensure justice in the country.

Talking about the developing situation in Afghanistan, the Punjab governor said that Pakistan played an exemplary role in the Afghan Peace Process. The world community should also extend unconditional support for the crisis-ridden people of Afghanistan.

Sarwar said that practical work is being done for the protection of minorities in Pakistan. Wherever there is any injustice with minorities, government organisations take strict notice.

“The protection of life and property of minorities is ensured and in accordance with the vision of Quaid-e-Azam Muhammad Ali Jinnah, religious freedom as well as provision of all facilities is being ensured to all minorities living in Pakistan,” he said.

During a separate meeting with the Pakistani community, he called for reserved seats for Overseas Pakistanis in the national and provincial assemblies said that in addition to the right to vote, overseas Pakistanis should also be represented in the Assemblies through special seats.

In Azad Kashmir, the number of seats reserved for overseas Pakistanis should be increased. During the meeting, Lord Mayor of Birmingham Muhammad Afzal entitled Governor Punjab as the representative of Overseas Pakistanis.

Appreciating the role of overseas Pakistanis in country's economic development, the Governor said: he has been working for 20 years to solve the problems of Overseas Pakistanis and to strengthen them and the doors of Governor House are open 24 hours for the solution of their problems.

"The Overseas Commission Punjab is also working day and night to solve the problems of Overseas Pakistanis, who will never be left alone."

ISLAMABAD – The joint session of the Parliament Wednesday approved amendment bills on election rules that allow ...

Lord Mayor of Birmingham Mohammad Afzal called the Governor as the "representative of Overseas Pakistanis". He said that the entry and success of Chaudhry Mohammad Sarwar, the first in the Britain politics has inspired the Pakistanis and today, dozens of Pakistanis are successfully progressing in British central and local government politics.