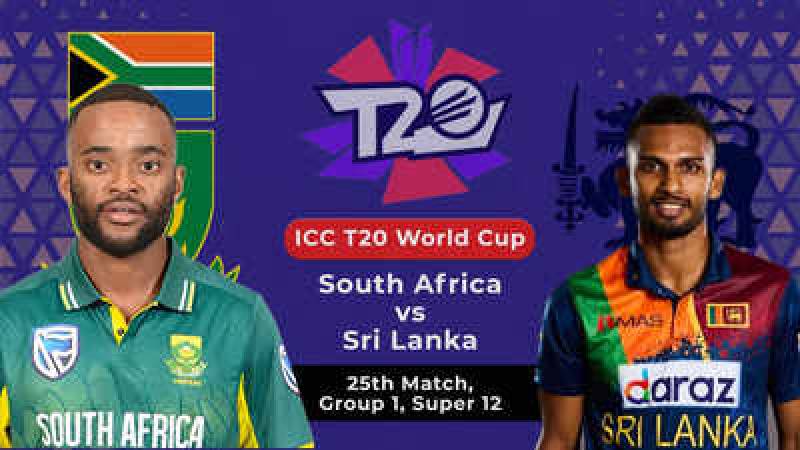 South Africa surpassed the 143-run target in the last over with four wickets in hand. David Miller made unbeaten 23 runs in the match.

South African captain Temba Bavuma had said, "One change, Quinton is in for Klaasen. The team is feeling much better than we were a couple of days ago. Quinton is in a much better state. As a team we're good and ready for the game today."

Sri Lankan skipper Dasun Shanaka said: "Only challenge is the wicket is the same as yesterday so it might be a bit lower than we expect. We've played two games and we've had some exposure here so it might be advantage." Sri Lanka are unchanged.