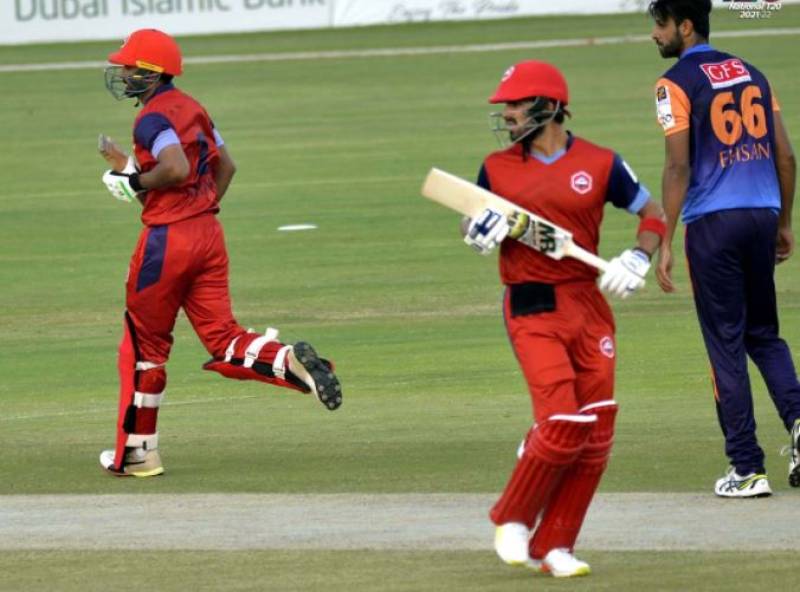 RAWALPINDI – An impressive batting performance earned Northern a six-wicket win over Central Punjab in the eleventh match of the National T20 played at the Pindi Cricket Stadium, Rawalpindi on Thursday.

The opening pair – Nasir Nawaz and Sarmad Hameed – could not give a push to score as both were sent to pavilion at 6 and 19 scores, respectively.

Later, Haider Ali maintained his stunning performance, helping team to chase down a mammoth target of 201 runs. He thrashed unbeaten 91 runs while Mohammad Nawaz also played well as he made 41 runs before he was removed by Hasan Ali.

CP’s opening pair – Ahmed Shehzad and Babar Azam – took an impressive start and their partnership broke at 67 runs after the former was removed by Mohammad Nawaz.

Azzam has become the top T20 centurion from Pakistan by scoring his 6th T20 hundred while playing against Northern.