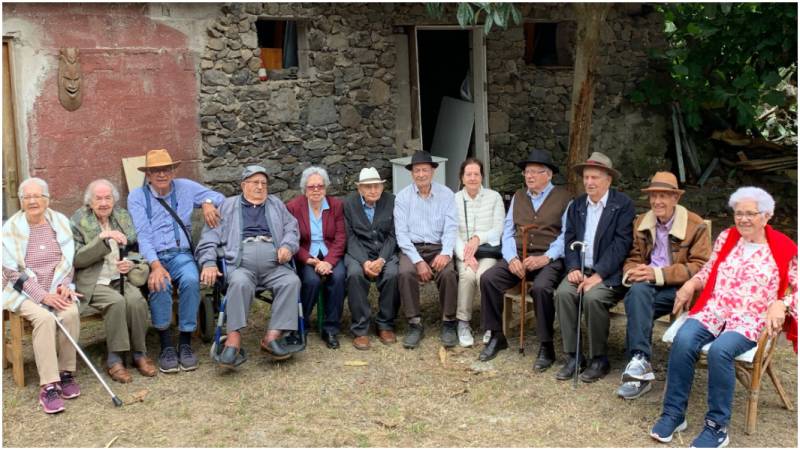 Another mind-boggling Guinness World Record has been made by a dozen siblings in Spain for the highest combined age for living siblings anywhere in the entire world.

The sibling – seven brothers and five sisters – are all aged between 76 and 98 years old, and were born to Modesto Hernández and Martina Pérez and have a combined age of 1,058 years 249 days. The Hernández-Pérez household who lives in the town of Moya, on the island of Gran Canaria, Spain surpassed the previous record by 16 years.

The twelve siblings reunited in the city where they grew up to register their record-worthy birth certificates, which were later recognized and approved by Guinness World Records in September 2022. During the event, the Hernández- Pérez family was accompanied by the mayor of Moya, Raúl Afonso, the local priest, Roberto Rivero, and historian María del Pino Ojeda witnessing the ratification, reported by Canarian Weekly.

When it was determined that a family of 12 Spanish siblings from Spain had a cumulative age of 1,058 years and 249 days, the family was presented with a Guinness World Record certificate. The Hernandez-Perez siblings range in age from 76 to 97 and were raised and still reside in the same village of Moya on the island of Gran Canaria where they currently reside.

Guinness World Records title holder Sulafay Naqvii has been making the nation proud with her achievements. The talent ...